Oklahoma, Where Divorce Comes Sweeping Down the Plains

by Michael A. Jones 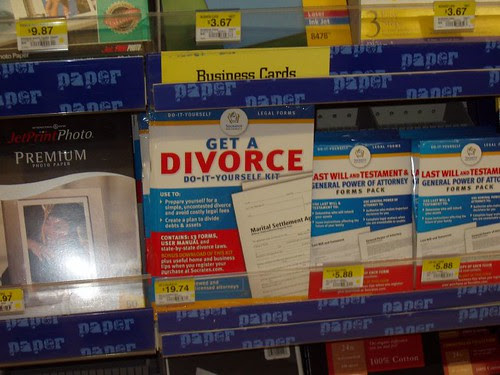 When it comes to looking at the issue of marriage equality, it's pretty interesting to look at Oklahoma and Massachusetts. Massachusetts legalized same-sex marriage five years ago, and has been out in the forefront of LGBT rights more than almost any other state. It has the lowest divorce rate in the country.

Oklahoma, meanwhile, has passed a statewide constitutional amendment banning gay marriage. In 2008, every single county in Oklahoma voted against President Barack Obama. Both of Oklahoma's U.S. Senators are as anti-LGBT as politicians come. And the state is home to one of the most offensive politicians in the country, Rep. Sally Kern, who has said that gay marriage was as threatening as terrorism. Funny, then, that Oklahoma has one of the highest divorce rates in the entire country.

New statistics from the U.S. Census Bureau show that Oklahoma has the highest rate of residents who have been married three times or more. Oddly enough, Newt Gingrich and Rush Limbaugh -- both members of the family values crowd who are thrice married -- aren't from Oklahoma. But still...it's a bit illustrative, to say the least, that the more a state goes ballistic over the idea of same-sex marriage, the more likely they are to have behemoth divorce rates.

And this isn't a new phenomenon, either. Ten years ago studies were out that suggested states in the "Bible Belt" couldn't keep a handle on their divorce rates. Looks like the more things have changed over the past decade, the more things have stayed the same in some regions of the country.

Courtesy of my sweet friend Anthony. Thanks Darling!