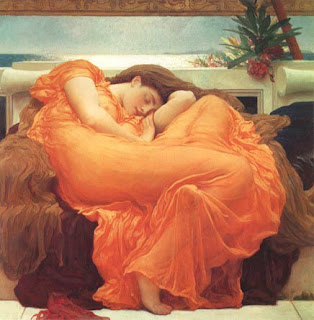 Then there is the saga of the Mayfairs. A wealthy and powerful family of witches, breeding and mutating over the generations. Incestuous, charismatic -- a blip in their DNA produces a strain of monsters, the Taltos.

Anne Rice brings the two sagas together in her final novel; “Blood Canticle.”

What is not so well known, is that Anne Rice also has written erotica under the name of A.N. Roquelaure. Her “Sleeping Beauty” trilogy is loosely based on the fairy tale of the Sleeping Beauty. It is an allegory of sexual adolescence, sexual desire and finally, sexual maturity. The three books are: The Claiming of Sleeping Beauty”, “Beauty’s Punishment” and “Beauty’s Release”.

In the familiar fairy tale, the beautiful sleeping princess is awakened by a kiss from a handsome prince. In Anne Rice’s version, the prince wakes the princess with a violent rape.

About the same time that Anne Rice published the Beauty trilogy in America, the writer and Academic, Angela Carter published her collection of tales in “The Bloody Chamber.”

Angela Carter says of her collection:
“My intention was not to do 'versions' or, as the American edition of the book said, horribly, 'adult' fairy tales, but to extract the latent content from the traditional stories.”


Both writers are talking about the hidden side of our psychology. The side, that in the cold light of day we dare not own.

The tales from both writers give us permission to fantasise and even act upon our darkest dreams. The stories liberate us and set us free from guilt, fear and shame.

Freud talked about the Id. Here is what he says:


"It is the dark, inaccessible part of our personality, what little we know of it we have learned from our study of the Dreamwork and of the construction of neurotic symptoms, and most of that is of a negative character and can be described only as a contrast to the ego. We approach the id with analogies: we call it a chaos, a cauldron full of seething excitations.... It is filled with energy reaching it from the instincts, but it has no organization, produces no collective will, but only a striving to bring about the satisfaction of the instinctual needs subject to the observance of the pleasure principle."


“The id is the unorganised part of the personality structure that contains a human's basic, instinctual drives. Id is the only component of personality that is present from birth. The id contains the libido, which is the primary source of instinctual force that is unresponsive to the demands of reality. The id acts according to the "pleasure principle", seeking to avoid pain or unpleasure (not 'displeasure') aroused by increases in instinctual tension”

“The mind of a newborn child is regarded as completely "id-ridden", in the sense that it is a mass of instinctive drives and impulses, and needs immediate satisfaction, a view which equates a newborn child with an id-ridden individual.”

Jungian psychoanalysis talks about “the Shadow”.

"Everyone carries a shadow," Jung wrote, "and the less it is embodied in the individual's conscious life, the blacker and denser it is. It may be (in part) one's link to more primitive animal instincts which are superseded during early childhood by the conscious mind.”


Jung also believed that "in spite of its function as a reservoir for human darkness—or perhaps because of this—the shadow is the seat of creativity.";so that for some, it may be, 'the dark side of his being, his sinister shadow...represents the true spirit of life as against the arid scholar.

Some of these ideas here are my own...I have also drawn from sources from the Web.
Posted by billierosie at 05:36 No comments: