Orgasm and the Enlightened Mind by A. Aimee 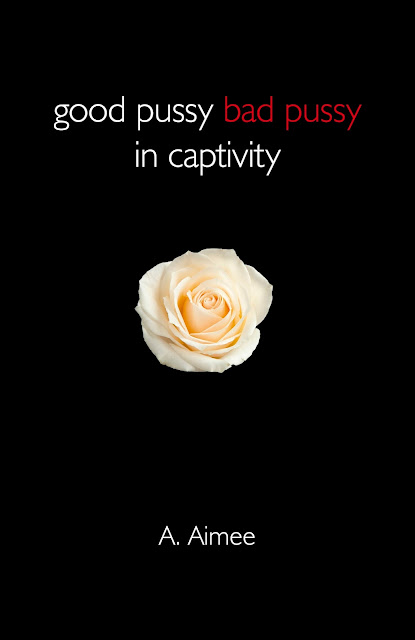 An excerpt from "Good Pussy Bad Pussy in Captivity"

We were sitting on his couch in front of the crackling fire and Anton was explaining to me, “According to Buddhist philosophy, there are three moments when it is particularly easy to attain, or at least get a glimpse of, the enlightened mind – and that is when we sneeze, have an orgasm, and at the moment of death.”

“Really!” I exclaimed, surprised that orgasm could have anything to do with enlightenment. “When we have orgasm?”

“Yes,” he replied, “or at least that’s what the Buddhists say. They say it is because when we have an orgasm, we experience the complete release of all thought processes, at least for a moment. And this gives us a chance to experience what they call the Clear Light of Rigpa, which is our original nature.

“Yes, and by that they mean the field of pure consciousness, which is our true nature… The highly trained practitioner is able to consciously experience this when he or she goes beyond the thought processes, beyond thought or thinking… “
He paused and the fire crackled and leaped before us.
“And the connection to orgasm?” I asked.

“Well, just think about what happens when you have a really good orgasm…” he replied softly. “It’s like everything is gone – just blown away… forgotten… and all you feel is this incredible bliss. There is nothing else… the whole world has disappeared… everything… every thought, every worry, every care is completely gone… at least for a moment or two… or maybe even three… if you’re lucky.”

He was so right.
Everything disappears when you have a good orgasm…

I sighed and giggled softly at his words… and when I did, he said gently, “Rachel, will you let me tie you up and make love to you?”

His words really caught me by surprise, considering what we were just talking about.
“What?” I gasped, feeling chills run up and down my spine.
“Will you let me tie you up and make love to you?”

His voice was husky in that special way and even though he wasn’t looking at me, I felt the intensity of his desire.

Tie me up and make love to me?
I felt my whole system reacting with shock.

The restful calm was broken; I just couldn’t get my head around what he just said.
His hands had already found my breasts and I was sighing softly at his touch.
“May I,” he said again, insisting that I answer. “I need to know because I need to see you like that, Rachel.”

I trembled at the intensity of his words. There was just something about the way he said it that made me shiver all over. It was like we were suddenly entering another realm, another energy field. I had the feeling that if I let him, he would take me to a place I’d never been to before – that was how intense he was.

“You know you can trust me. I would never do anything to hurt you.”

I trembled at the thought of being wholly in his power, at his mercy.
He had unfastened my bra and was pinching my nipples with just enough pressure to make me want more… much, much more.

Buy links:Good Pussy Bad Pussy In Captivity by A. Aimee