THE FEMALE DOMINANT & THE submissive male. 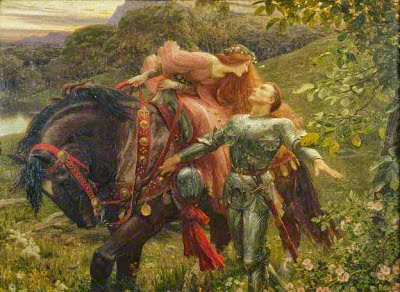 For the past 35 years or so, since before I could do anything about it, I have been drawn to the mystery and magic of dominant women. There are millions of men just like me, though relatively few discuss it openly. In fact, many overcompensate with a macho pose that reminds me of teen boys who think smoking makes them look cool. You know the type: they pinch a cigarette with a pinky jutting out that has no other place to go at the moment. Holding a smoke in an inexperienced hand, the kid announces to the world his nervous foray into manhood, or at least an awkward semblance of it.


It is that way with men I have known for many years; also men I have met only recently are the same regarding their sexuality. They talk about women as though they understand them and appreciate and ultimately conquer them with a rakish style and heady cologne of swagger. They fool some of their mates who try to keep up the charade but they don't fool me. Never have. I have been submissive to exotic and commanding women since before many of these chintzy peacocks were born. And what have I discovered? Exactly this: any lady with a healthy dose of self-esteem and cultivated air of authority, practiced daily with self-determination, will bring any man to his knees whenever she pleases.

Even when being coyly submissive, she is in control of herself, the situation and the overheated male who is blind to his own complicity in her plans for whatever seduction she has in mind. It probably has been like this forever. If there indeed was a Garden of Eden, it was Eve after all that wielded the apple, plunged Adam from his perch of grace and blamed it all on a lying snake. That she also was banished from Paradise only authenticates her humanity, else countless men would be tempted over and over again by her sweet, swaying sorcery. Heaven would never be rid of us.


Yet don't we men clumsily forget that essential fact, her very powerful humanity, as applied to the domination of males throughout the ages? If Woman was Divine and not mortal, where would be the glory in her triumph? Goddesses at play are a provocative Myth; the power of Womanhood is tangibly real. In the fever swamp of Lust, up to our eyes in desire, we men surrender our tenuous grip on good sense, common enough but maddeningly ephemeral, and we fall to our knees and worship the source of our physical being. No price is too high or any sacrifice so exorbitant that we can resist saying "Yes" meekly when "No" shouts stern insistent warnings to rouse our self-respect. And then we jump madly, all primally enchanted fools, into the pink folds of a lady's fatal snare, the ultimate trap, a honey-moistened delta of destruction awaiting our swollen Egos.


I do not know a man alive or dead (starting with myself!) who would not play out this eternal drama to infinity, Sisyphus grunting and pushing his damnable rock, so long as occasionally, as might satisfy our women rulers, her gates of Heaven opened, however sparingly, admitting unworthy me, that is we, all of us simple salty males, to enjoy however fleetingly the ecstasy of release, madly shooting spasms of our essence through her portal to the stars.


Men are proud beggars, an irony of hard muscle and weak will. Women who grasp this verity are fit to rule their men, from affairs of the boudoir to the politics of the planet. It is the next Great Awakening.