HOW FAR CAN YOU GO? The musings of Rose W. 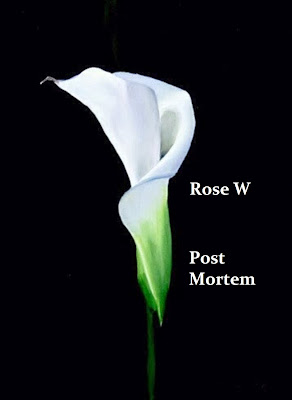 How far can you go?

Incest and bestiality are illegal, at least in the UK, but the boundaries aren’t clear. Full sex with my brother clearly counts as incest, and fucking a donkey counts as bestiality, but what about heavy petting, for example?

In Ginger, the toothless cat enjoys licking and chewing Gladys’s ‘thingy’. It’s his favourite, and he prefers it even to mashed sardines. Does that count as bestiality? Gladys enjoys it too, but it isn’t actual sex. A cat licking sardines off a finger is obviously okay, but what about the same cat licking fish sauce off an elderly woman’s ‘boobies’? She tries the sauce on her arm first, to see if the cat likes it, and that’s presumably okay. If I had infinite patience, I could write different versions of the story, with the cat licking a different bit of Gladys in each one, and see where on the scale of finger to thingy Amazon decides to ban it.

If I share a bed with my brother, or my sister, and we just sleep, that’s probably fine. If we kiss each other goodnight, that’s probably also fine. Maybe we can have a bit of a cuddle if it’s cold. However, somewhere along that line we reach the point at which Amazon starts banning things.

In Butcher And Baker, the brother sticks his finger in his sister’s arse, to see if she likes it. She doesn’t, so it presumably doesn’t count as sex, in which case it isn’t incest. If he were a proctologist, he could be checking her out as a favour, and that wouldn’t be incest. If she likes it, though, does it become incest, or do they have to go further than that? Supposing he were only her half brother? Would he be allowed to go that little bit further before it becomes incest, or are the lines in the same place?

In the UK, first cousin marriages are legal, even if the cousins are ‘double cousins’, who share 25% of their genes. If I had a half brother, though, I wouldn’t be allowed to have sex with him, because we would be too closely related, with 25% of our genes in common.

According to Wikipedia, consensual incest is legal between adults in Spain and the Netherlands, and I haven’t noticed society falling apart in either country. Maybe I should just translate Butcher And Baker into Spanish, and put it on amazon.es, where it presumably wouldn’t be banned, since the brother and sister are both in their fifties, and they want to do it, thereby sitting solidly within the law.

In the circumstances, it’s a lucky thing I don’t fancy either my brother or my sister, and I haven’t got a donkey, or even a cat. Life's complicated enough.

Milk Amazon(UK) and Amazon US

Billy and Rosie; a Tale of Innocence and Taboo is here.