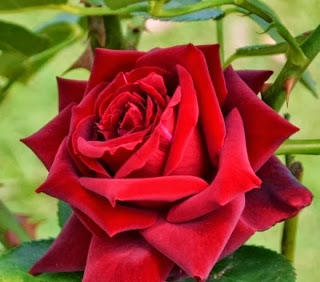 THE fountains mingle with the rivers
And the rivers with the ocean,
The winds of heaven mix for ever
With a sweet emotion;
Nothing in the world is single,
All things by a law divine
In one another's being mingle—
Why not I with thine?

Forget it. If that special something is missing, she won’t want to kiss you. Your lips will repel her. Your breath will disgust her. She won’t fall into your arms -- no matter how much you weave your magic with those exquisite words -- it’s just not going to work.

Am I talking about love? Lust? Sexual Attraction? Infatuation? Passion? Chemistry? I don’t know. Probably I’m talking about all of them.

Love -- unrequited love. Thousands and thousands of words have been written about it, by pens far more eloquent and elegant than I can ever hope to achieve.

And the songs. We all have our favourites. Beautiful words, melodies, rhythms and harmonies, that remind us of that one time that special something happened. Makes us yearn for it to happen again.

Nobody can bottle it for sure; that thing that makes it happen. Perfume distillers with all their ancient skills have tried to capture it for centuries. It cannot be done.

If that something is missing, then it can’t be found.

A friend of mine, Lucy had a guy doing some building work in her house. They got talking, she saw a sadness in his eyes…she touched his hand…

Within a second they were in each other’s arms. Within a breathless heartbeat tongues were down each other’s throats… it happened, just like that. No need to analyse it; there’d be no point anyway. That mysterious, elusive thing had happened.

What was it? Raw lust? I don’t know; neither does Lucy.

Lucy and her builder are still together, two years later.

But it can hit you at anytime. I do believe it. Eyes meet across a crowded room/restaurant/rock festival. And he/she is there. The one. It may only last for an hour, or days. For some it can last a lifetime.

But what is IT? Where is IT? Why does one person make our juices flow, cocks stand to attention? Another person, leaves us, well…flaccid and dry?

So I guess I have ended up talking about lust. Does lust come first? (pun intended).

Sometimes it smoulders, long and low. Think of all those office Christmas parties. Folk who have barely spared a glance for each other, all through the long year, are suddenly together. Alcohol lowers the inhibitions, and it hits you.

That happened to me, long ago. It took twenty years to burn itself out.

Then months ago, I was convinced it was going to happen again. A guy I knew from a long while back. But when we kissed there was nothing. Nada. Rien.