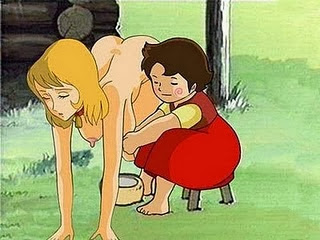 The breasts, particularly the nipples are highly erogenous zones for both men and women. Stimulation of the breasts and nipples form an essential part of sexual foreplay for both sexes. But in women, the breasts are also there for the purpose of suckling an infant, the process of feeding a baby for the first few months of its life.

But the scenario I come across most frequently, is that of combining an infantilism fetish with that of lactation fetish. A man or woman has a desire to be treated as a baby. This may mean wearing diapers, defecating and urinating and having to be cared for, bathed and changed. And for some, a total return to infancy, which will include suckling from the breast.

I wrote a story, it’s in my “Fetish Worship” collection about the adult Joel’s desperate quest to find a “mommy”. Joel wants to be twelve years old; he also wants a mommy and is lucky enough to find his ideal partner in Sally.

In “Will you be my Mommy?” Sally hints to the reader that she plans to initiate breast feeding Joel – she has already hinted that she loves to have her nipples sucked and bitten. In the follow up tale, “I’m sorry Mommy”, Joel and Sally are now lovers; lovers that act out the mother and son fetish absolutely seriously. They also have mind blowing sex within the framework of the fetish, which concludes with Joel suckling milk from Sally’s breast.

Research on the Web informs that it is possible to induce lactation without a woman being pregnant, through routinely massaging the breasts and nipples, by persistent suckling and/or by use of hormones.