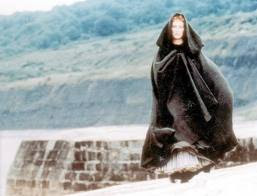 The year is 1867. Charles Darwin published “On the Origin of Species” in 1859. Karl Marx was writing about “the alienation of labour”, in “The Communist Manifesto” in 1848. Minds were bending and changing. Opening up to new ideas. The Industrial Revolution in England, was at its height; productivity was booming. The old aristocracy was slowly dying. They didn’t know it yet, but they were. A new class was emerging, born out of “trade”; the upper middle class. Religious concepts were being radically rethought. So was the place of women in society and roles in marriage.

These new ideas formed the background to the work of Victorian writers and thinkers. We read about them in the novels of Charles Dickens, the Brontë’s, Robert Louis Stevenson and Wilkie Collins.

So do we really need another Victorian novel? Inspired by the mind of John Fowles, yes, I think we do. But “The French Lieutenant’s Woman” can’t be a Victorian novel; it was first published in 1969, just over one hundred years after the events it speaks of.

Fowles carefully crafts his novel to mimic the Victorian convention. Through this device, he is able to offer the reader a convincing nineteenth century story, with the perspective of twentieth century thinking.

After writing the first draft in about nine months, he spent the next two years revising, working line-by-line to create the illusion of Victorian prose and dialogue by lengthening sentences, deleting contractions and employing digressions.  The result is a portrayal of England in 1867 that accurately captures various facets of the time—social conventions, class struggles, etc.—while at the same time mirroring the style of 19th century prose.

The novel's protagonist is Sarah Woodruff, the Woman in the title, also known by the nickname of “Tragedy”, and by the unfortunate nickname “The French Lieutenant’s Woman”. She lives in the coastal town of Lyme Regis, as a disgraced woman, supposedly abandoned by a French naval officer named Varguennes—unknown to her he was married. Varguennes, has returned to France.

She spends her limited time off, at the Cobb [sea wall], staring out to sea. One day, she is seen there by the gentleman Charles Smithson and his fiancée, Ernestina Freeman, the shallow-minded daughter of a wealthy tradesman. Ernestina tells Charles something of Sarah’s story, and he develops a strong curiosity about her. Eventually, he and she meet clandestinely, during which times Sarah tells Charles her history, and asks for his support, mostly emotional. Despite trying to remain objective, Charles eventually sends Sarah to Exeter, where he, during a journey, cannot resist stopping in to visit and see her. At the time she has suffered an ankle injury; he visits her alone and after they have made love he realises that she had been, contrary to the rumours, a virgin. Simultaneously, he learns that his prospective inheritance from an elder uncle is in jeopardy; the uncle is engaged to a woman young enough to bear him an heir.

Sarah is portrayed ambiguously: is she a genuine, ill-used woman? Is she a sly, manipulative character using her own self-pity to get Charles to succumb to her? Is she merely a victim of the notion of gender as perceived by upper-middle-class people of the 19th century?

From there, John Fowles offers three different endings for The French Lieutenant’s Woman.


The novel includes several authorial intrusions, with omniscient narrator Fowles speaking directly to the reader about the mores of life in Victorian England and various possible outcomes for his characters.

Fowles uses “The French Lieutenant’s Woman” to meditate on the nature of individual freedom and freewill—and ultimately the price. He also considers the philosophical concept of freewill’s opposite; determinism. When Charles’ circumstances are drastically changed, the reader sees how Charles comes to face his desperate decisions. He is offered a variety of solutions to his predicament. Should he flip a coin? Do what he thinks is honourable? Is he a victim of circumstance; caught up in fate?

And just when the reader is getting caught up in Charles’ dilemma, Fowles deliberately disrupts the flow of concentration. He achieves this by frequently interrupting the narrative and drawing attention to the fictionality of the characters; they are creations of his imagination. How can we care so much about people who don't - who never have, or will - exist?

Classical realist descriptions are interposed with references to the time the narrator is narrating from; 1969. The author never lets you fall into the trap usually set by an omniscient narrator; he reminds you of his position as the author; he also reminds you of your position as a reader. The reader’s response is intrinsic to the novel. This comes most starkly into focus when the narrator begins to 'converse' with the reader on what should happen with the various characters. The final, and very well crafted piece of metafiction comes when the author appears in the same train carriage as a character, and expresses his desire to have alternative endings.

Fowles began the novel as an exercise in imitating nineteenth-century fiction, and thought it would be badly received, because it would seem too coldly intellectual; too cerebral. He was wrong - It is erudite and I think that it is his most successful artistic achievement. It has been adapted into a film starring Jeremy Irons and Meryl Streep, with a screenplay by the playwright Harold Pinter.

John Fowles said of the film; "It looks good but it is somehow empty at the heart,"

Sadly, I discovered, while putting this post together, that John Fowles has died. He died on 5th November 2005, aged 79. Also in 2005,the novel was chosen by TIME magazine as one of the one hundred best English-language novels from 1923 to present.