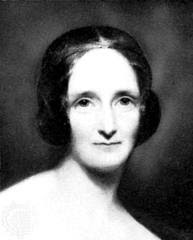 “Frankenstein“; or, “The Modern Prometheus”, is a novel about a failed artificial life experiment that has produced a monster, written by Mary Shelley. Shelley started writing the story when she was eighteen, and the novel was published when she was twenty-one. The first edition was published anonymously in London in 1818. Shelley's name appears on the second edition, published in France in 1823.

It is tempting to just talk about Mary Shelley’s great novel; I remember studying it at university and how, in seminars we delved into Freudian psychoanalytical readings; fathers and sons, constructs of identity, the importance of naming things.

The name "Frankenstein" – actually the novel's human protagonist – is often incorrectly used to refer to the monster itself. In the novel, the monster is identified via words such as "monster", "fiend", "wretch", "vile insect", "daemon", and "it"; Shelley herself called it "Adam".

But I want to talk about the science behind the novel, and where the eighteen year old Mary Shelley’s ideas came from.

Mary Shelley would have been aware of scientists’ obsession to create life. They wanted to probe the mysteries of life and master the life force. “Frankenstein” is a myth that grew out of that obsession; Scientists like Luigi Galvani, Giovanni Aldini, Andrew Ure and Conrad Dippel, made the myth a reality.

Just as Victor Frankenstein digs around in graveyards, stealing human body parts, so did the scientists. They raided tombs at dead of night, to steal a heart, a foot, a head.

Victor Frankenstein narrates;
"I collected bones from charnel-houses and disturbed, with profane fingers, the tremendous secrets of the human frame."

Another statement, “The dissecting-room and the slaughter-house furnished many of my materials:”

suggests that some elements of Frankenstein's creation may not be from human bodies.


It is gruesome -- it breaks several taboos, yet this is exactly what the scientists did to achieve their goal.

After creating the monster, which he animates using lightening, Frankenstein is repulsed by his creation.

The scientists of Mary Shelley’s day, didn’t use lightening to animate body parts, they used electricity, which they had learnt how to store in batteries. There are records of Luigi Galvani’s experiment using frogs’ legs. In 1791, he discovered that the muscles of dead frogs legs twitched when struck by a spark. According to popular version of the story, Galvani dissected a frog at a table where he had been conducting experiments with static electricity. Galvani's assistant touched an exposed sciatic nerve of the frog with a metal scalpel, which picked up a charge. At that moment, they saw sparks and the dead frog's leg kick as if in life. The observation made Galvani the first investigator to appreciate the relationship between electricity and animation — or life. This finding provided the basis for the new understanding that electrical energy (carried by ions), and not air or fluid as in earlier balloonist theories, is the impetus behind muscle movement. He is poorly credited with the discovery of bioelectricity. Bioelectricity is a field that still today studies the electrical patterns and signals of the nervous system. It is from Galvani’s name, that we made the word “galvanism”.


Shelley had travelled the region in which the story takes place, and the topics of galvanism and other similar occult ideas were themes of conversation among her companions, particularly her future husband Percy Bysshe Shelley. The actual storyline was taken from a dream. Shelley was talking with three writer-colleagues, Percy Bysshe Shelley, Lord Byron, and John Polidori, and they decided they would have a competition to see who could write the best horror story. After thinking for weeks about what her possible storyline could be, Shelley dreamt about a scientist who created life and was horrified by what he had made. Then “Frankenstein” was written.

Giovani Aldini was the nephew of Luigi Galvani. His scientific work was chiefly concerned with galvanism, anatomy and its medical applications, with the construction and illumination of lighthouses, and with experiments for preserving human life and material objects from destruction by fire. It is said he was a inspiration for Mary Shelley's “Frankenstein”. Indeed, Aldini’s experiments share a common ground with Frankenstein. Aldini also engaged in public demonstrations of the technique, such as on the executed criminal George Forster at Newgatein London.
Aldini also treated patients with personality disorders and reported complete rehabilitation following transcranial administration of electric current. Aldini's work laid the ground for the development of various forms of electrotherapy that were heavily used later in the 19th century. Even today, deep brain stimulation, a procedure currently employed to relieve patients with motor or behavioural disorders, owes much to Aldini and galvanism.

In 1818, the year that “Frankenstein” was published, Andrew Ure, the Scottish physician revealed experiments he had been carrying out on a murderer/thief named Matthew Clydesdale, after the man's execution by hanging. He claimed that, by stimulating the phrenic nerve, life could be restored in cases of suffocation, drowning or hanging.
“Every muscle of the body was immediately agitated with convulsive movements resembling a violent shuddering from cold. ... On moving the second rod from hip to heel, the knee being previously bent, the leg was thrown out with such violence as nearly to overturn one of the assistants, who in vain tried to prevent its extension. The body was also made to perform the movements of breathing by stimulating the phrenic nerve and the diaphragm. When the supraorbital nerve was excited 'every muscle in his countenance was simultaneously thrown into fearful action; rage, horror, despair, anguish, and ghastly smiles, united their hideous expressions in the murderer's face, surpassing far the wildest representations of Fuseli or a Kean. At this period several of the spectators were forced to leave the apartment from terror or sickness, and one gentleman fainted.”


Johan Conrad Dippel was born at Castle Frankenstein near Mühltal and Darmstadt and Mary Shelley is thought to have visited Castle Frankenstein. It seems likely that her visit to the castle influenced Shelley’s thoughts. There are also various rumours of grave robbing that lead to his association with the Frankenstein story.

Dippel did, however, experiment quite frequently with dead animals, to which he was an "avid dissector".In his dissertation “Maladies and Remedies of the Life of the Flesh”, Dippel claims to have discovered both the Elixir of Life and the means to exorcize demons through potions he concocted from boiled animal bones and flesh.

As much as it is about contemporary advances in science, Mary Shelley’s “Frankenstein” is infused with some elements of the Gothic novel and the Romantic movement and it is also considered to be one of the earliest examples of science fiction. Brian Aldiss has argued that it should be considered the first true science fiction story, because unlike in previous stories with fantastical elements resembling those of later science fiction, the central character "makes a deliberate decision" and "turns to modern experiments in the laboratory" to achieve fantastic results. It has had a considerable influence across literature and popular culture and spawned a complete genre of horror stories and films.

And as for those real life mad scientists. Their ideas about electricity weren’t really so far fetched. Electro Convulsive Therapy is still used as a treatment for depression. And medics use the Heart Defibulator to treat patients suffering from cardiac arrest, by resetting the rhythm of the heart.
Posted by billierosie at 04:30