THE TALE OF HARRY CRAWFORD 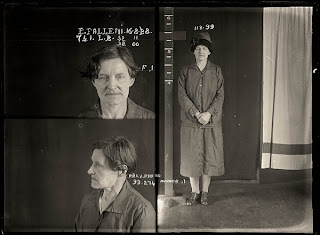 
Born near Livorno, Italy (according to family accounts), Falleni was the eldest of 22 children, of whom seventeen (ten boys and seven girls) survived. She migrated with her family toWellington in New Zealand circa 1877, aged about two. Her father, a stern disciplinarian, worked as a carrier with a horse and cart and as fisherman, among other occupations, and Eugenia, after repeatedly dressing as a boy to obtain work in brickyards and stables during her teenage years, left home in the guise of cabin boy.

By her own account her sex was discovered on board ship, and she was put ashore pregnant in Newcastle, Australia, in 1898, either as a result of rape or a consensual relationship. In the same year she gave birth to a daughter, Josephine, in Sydney, and put the child into the care of an Italian-born woman in Double Bay, and afterwards took on a male identity as ‘Harry Leo Crawford’, of Scots descent. After a series of manual jobs in meat works, pubs and in a rubber factory, in 1912 Harry entered the employ of a Dr G. R. C. Clarke in Wahroongah, Northern Sydney, as a general useful and sulky driver. On 19 February 1913 at the Methodist Parsonage in inner city Balmain, claiming to be a widower aged 38, Crawford went through a marriage ceremony with Annie Birkett, a widow of 35 with a 13-year-old son, who had been working as Dr Clarke’s housekeeper. Annie set up a confectionary shop in Balmain, evidently unaware that her husband was not a man, while Harry continued as a peripatetic manual worker. 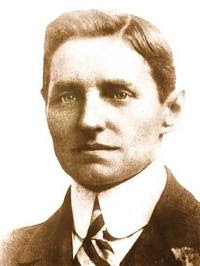 In 1917, after Annie had apparently threatened to reveal her husband to the authorities for his deception, the couple quarrelled and Annie disappeared. Her body was discovered in October that year, partially burned and with cracks to the skull, in a forested picnic area near the Lane Cove River, but it remained unidentified for over two years. In the meantime, in a Sydney registry office in September 1919, Harry Crawford underwent another marriage ceremony with Elizabeth King Allison, a spinster.

Also in the intervening time, Annie’s son had alerted the police to his mother’s prolonged disappearance; the body of Annie was exhumed and identified, and Harry was arrested on 5 July 1920. At the time of his arrest, while living with Elizabeth in a house in Stanmore and working in an Annandale hotel, he asked to be placed in the women’s cells and requested that his wife be not apprised that he was not a man. Among male clothing in a locked leather suitcase, police located an ‘article’, later exhibited in court, made of wood and rubber bound with cloth in the shape of a phallus or dildo.

At Falleni’s preliminary hearing and trial for murder at Darlinghurst Court house in October 1920, the ‘Man-Woman case’ created a press sensation, with the accused appearing in the dock first in a man’s suit and then in women’s clothes. Falleni pleaded not guilty to the murder, but her alleged immorality in passing herself off as a man was made much of in the popular press, which portrayed her as a monster and a pervert. She was convicted and condemned to death, but her sentence was commuted to detainment at the Governor’s Pleasure. When released from Long Bay Prison eleven years later in February 1931 she assumed the name ‘Jean Ford’ and became the proprietor of a boarding house in Paddington, Sydney. On 9 June 1938 she stepped off the pavement in front of a motorcar in nearby Oxford Street, and died of her injuries the following day in Sydney Hospital. Eugenia Falleni was buried in an unmarked pauper’s grave at Rookwood Cemetery.

In the intervening years, after the publication by the press and popular crime writers of a large amount of speculation and various contradictory accounts of her life (many of them propagated by Falleni herself, who had grown up believing that impersonating a man was criminal offence), the case was largely forgotten until the appearance of a detailed biography of Falleni in 1988, after which her story was taken up in Australia by a number of artists, playwrights and short film makers, museum and photography curators, and academics with an interest in gender studies.

Times change. It’s been seventy years since Harry lived. Today, he’d have had the option of surgery. His life would have been completely different.
Posted by billierosie at 04:29