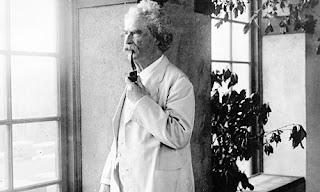 I’ve been thinking about posting something about censorship for a while. I don’t like it, I don’t agree with it, but as writers of Erotica, we censor our stuff all the time. We have to, if we want our stories to be published. I don’t particularly want to write underage sex stories, non-consensual sex stories, and “snuff” stories. If I do decide to, I have to file them away somewhere and wait for a cultural change.

Having said that, I have written a story about bestiality; another topic that’s on the censor’s hit list. I enjoyed writing it -- a few people have said they enjoyed reading it.

But as I’ve said before, there are examples of all of these practices in Homer and Shakespeare. So what’s going on? Perhaps folk in days gone by, weren’t so touchy about being politically correct. Maybe, just maybe, they were more in touch with themselves, than we are with all our ever growing gadgets, potions and technologies. Perhaps we, in the angst ridden 21st century, just look for stuff to worry about.

So, I was shocked and dismayed, when I read Benedict Page’s article in the Guardian newspaper, telling me that Alabama in the U.S. has dropped Mark Twain’s classic, “Huckleberry Finn”, from the school curriculum. Not only that, but the entire book is being re-written;

“…and will be published with a notable language alteration: all instances of the offensive racial term "nigger" are to be expunged. The word occurs more than 200 times in Huckleberry Finn, first published in 1884, and its 1876 precursor, The Adventures of Tom Sawyer, which tell the story of the boys' adventures along the Mississippi river in the mid-19th century. In the new edition, the word will be replaced in each instance by "slave". The word "injun" will also be replaced in the text.”

Twain scholar Dr Alan Gribben of Auburn University, Montgomery says it will have the effect, of replacing "two hurtful epithets" in order to "counter the 'pre-emptive censorship' that Dr Gribben observes, “has caused these important works of literature to fall off curriculum lists worldwide."

Gribben said he had decided on the move because over decades of teaching Twain, and reading sections of the text aloud, he had found himself recoiling from uttering the racial slurs in the words of the young protagonists. "The n-word possessed, then as now, demeaning implications more vile than almost any insult that can be applied to other racial groups," he said. "As a result, with every passing decade this affront appears to gain rather than lose its impact."

"We may applaud Twain's ability as a prominent American literary realist to record the speech of a particular region during a specific historical era," Gribben added, "but abusive racial insults that bear distinct connotations of permanent inferiority nonetheless repulse modern-day readers."

I have a mischievous image in my mind of Dr Gribben’s lectures. His students would pick up on the esteemed Academic’s embarrassment immediately. There would be nudges and giggles and wonderful impersonations of Dr Gribben. How the great man would be mortified.

It may be an uncomfortable fact, but the human race does have a lot to feel ashamed about, in terms of how we have treated “the other”. The person, whom for whatever reason, be it race, sexuality, disability, is different to the majority. That doesn’t mean we should re-write history. That was how things were back then. Yes, blush and mumble our excuses. Learn from the past, don’t negate it. To do anything else, lacks integrity.

Shame on you, Dr Gribben, you attempt to make words a liar. But words are tricky, slippery things and the truth has a way of working itself out. You should know, as an Academic, that we don’t control language; it controls us. You mess with words; they bite back.

Mark Twain himself, was a passionate critic of American racism, and donated money to a number of civil rights organisations including the nascent NAACP, as well as ironically critiquing prejudice in both Huckleberry Finn and the later novel Puddn'head Wilson.

I am mildly amused that Mark Twain makes Dr Gribben feel uncomfortable, I like to think that Mr Twain would be amused too -- but really, Dr Gribben, don’t be such a baby. Get over it. Get over yourself.
Posted by billierosie at 05:29