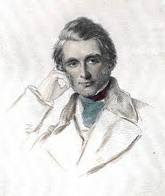 What was John Ruskin thinking on his unhappy wedding night?
Legend says the greatest Victorian was put off sex by the sight of his wife's naked body. A new film will try to establish the truth.


The secret at the heart of the short-lived, notoriously unconsummated marriage of John Ruskin, the great artist, architect, poet and political thinker of the Victorian age, has baffled fans of his work for a century. United on his wedding night in April 1848 with Effie Gray, the girl who had been the object of some of his most beautiful writing during their courtship, something went badly wrong.

A feature film is due go into production written by Emma Thompson and starring the Oscar-nominated Carey Mulligan in the role of Gray. Together with a new book by Ruskin expert Robert Hewison, it will attempt to clear up the speculation surrounding the sex life of the man sometimes referred to as "the greatest Victorian".

"The wedding night was clearly a failure," said Hewison, author of Ruskin on Venice. "What subsequently happened was that they realised they had made a mistake so made an agreement to postpone consummation."

The popular idea that the groom was shocked by the sight of his bride's pubic hair, first suggested by an earlier Ruskin biographer, Mary Lutyens, is a fallacy, believes Hewison.

"The whole pubic hair nonsense is like a great big wall preventing people understanding Ruskin," he said. "The idea that he did not know what women looked like is a nonsense. It is frankly irritating."

The film reflects a growing interest in the Romantic era. Last year the television series Desperate Romantics took a light-hearted look at Ruskin and the circle of artists he championed, including John Everett Millais, Leigh Holman Hunt and Dante Gabriel Rossetti. The BBC2 drama was a parody of an incestuous "brotherhood" that saw Millais eventually marry Gray, the ex-wife of his former mentor.

Ruskin, who was born in 1819, knew JMW Turner, Thomas Carlyle and Lewis Carroll and was responsible for much of the most innovative thinking of his day. He began writing at 15 and won the prestigious Newdigate Prize for poetry as a student. In 1836-37 his work The Poetry of Architecture was serialised in London's Architectural Magazine and, six years later, he anonymously published the first volume of his major work, Modern Painters. Yet all this early achievement has been boiled down to one night of sorrow in the bedroom.

Hewison points out that, since divorce was not legal, Ruskin's claim of "incurable impotency" was the one secure way of separating from Gray.

Thompson's husband, Greg Wise, who will produce the film and play the part of Ruskin, has been fascinated by the life of the eminent polymath since his time as an architecture student in Edinburgh: "He is a pin-up for many artists and was Gandhi's hero too. Whether on the wedding night Effie dropped her night-dress and revealed herself to be far from the physical ideal Ruskin had imagined, we will probably never know for sure, but I think it is too easy to say that he was terrified of intimacy."

In the screenplay for Effie, which Wise and Thompson hope to start shooting next month in Venice and Scotland, the wedding night is a key plot point. "We will show that night at the start, but it doesn't play itself out until the very end. I have talked to many different Ruskinians and they all have a slightly different take on it."

In a famed letter to her parents, Effie claimed her husband found her "person" repugnant. "He alleged various reasons, hatred to children, religious motives, a desire to preserve my beauty, and finally this last year he told me his true reason... that he had imagined women were quite different to what he saw I was, and that the reason he did not make me his Wife was because he was disgusted with my person the first evening 10th April."

During the annulment proceedings, Ruskin made the statement that: "It may be thought strange that I could abstain from a woman who to most people was so attractive. But though her face was beautiful, her person was not formed to excite passion. On the contrary, there were certain circumstances in her person which completely checked it."

Wise has found that Ruskin scholars tend to dislike Effie and see the marriage "as a six-year hiccup in the great man's progress".

"We have tried to stick to what Effie wrote about the incident," he said, "but you never really know if Ruskin had set her up for it in some way. She had to go to the ecclesiastical court to get a divorce, so if nothing else you have to admire the strength of character of this girl."

After a trip to Scotland with Millais, Gray and the artist became close, later marrying and raising a large family.

For Wise, the Ruskins' wedding night is a symptom of the universal problem of the difference between an idealised image and reality.

"In the same way now that men are bombarded with images of what is supposed to be the ideal woman, after the Pre-Raphaelite ideal, anything is going to be a let down. Real life is wrinkles and smells."

Wise believes Ruskin became fixated with Effie and the idea of being in love before the marriage. He and Thompson asked Mulligan to take the part before her success in An Education.

"Carey has a rare quality of being open and unfettered," he said. "At the time Effie said she would have borne anything, had Ruskin just been kind. But I can't play him as an ogre because the audience need to understand why she married this man."

While Ruskin's personal reputation remains confused, his impact as a thinker is clear. Admired by the novelist Marcel Proust, who helped to translate his work for the French, a number of Utopian colonies were set up in Canada and America in honour of his ideas and some still bear his name. He coined several literary and architectural terms and inspired a school of neo-Gothic architecture.

By the end of the 1850s Ruskin had developed theories about social justice which fed into the Labour party and had written a series of pamphlets, 'Fors Clavigera', for the "working men of England". He was the first Slade Professor of Fine Art at Oxford and Ruskin College is named after him. When his father died he gave away most of his inheritance, saying it was not possible to be a rich socialist.
Posted by billierosie at 09:24