PORNOGRAPHY AND THE LAW. 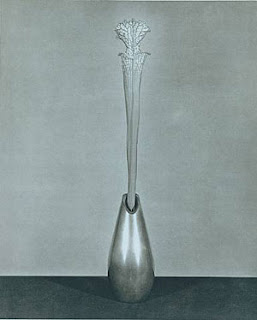 So why not an essay to try and decide? Should be easy; find out the legal definition of Pornography, here, in the U.K. Perhaps in the U.S. too. Discuss where I’m coming from. Find out a few celebrated opinions; for and against.

In the “Obscene publications act 1959” they have a “Test of obscenity”.

“For the purposes of this Act an article shall be deemed to be obscene if its effect or (where the article comprises two or more distinct items) the effect of any one of its items is, if taken as a whole, such as to tend to deprave and corrupt persons who are likely, having regard to all relevant circumstances, to read, see or hear the matter contained or embodied in it.”

The Americans say more, but they don’t seem any clearer than the Brits. From the “Free Dictionary, on-line.”

Are you any clearer? I’m not. I’m not getting it. Considering the law in the U.K. is celebrated for its plain and unequivocal use of language, this surprises me. The only phrase that stands out to me is “deprave and corrupt”. Whom is being depraved and corrupted? Are Pornographers proselytising folk out there? Dragging innocent people off the street to make them a part of their depravity?


I still want an absolute definition for Pornography. No-one’s giving me one.

I found this on the web.


“There is no legal definition of Pornography, which is very confusing! The law applies to the Internet in the same way as it would apply to any other type of media. What is illegal off-line is illegal online.”


“Pornographic material is considered legally ‘obscene' if it is judged to have ‘a tendency to deprave and corrupt' the intended audience. (Obscene Publications Acts 1959 & 1964, as amended). This normally applies only to the most violent and degrading adult pornography. It is currently an offence to ‘publish’ obscene material. The Criminal Justice and Immigration Act 2008 has introduced a new offence of being in possession of 'extreme pornographic material'.”


There’s that phrase again; “deprave and corrupt”. But at least the article is going a little way further, talking about; “the most violent and degrading adult Pornography.”


They still don’t say what. It’s left to my lurid imagination.


Then I found this;


"Pornographic material which depicts necrophilia, bestiality or violence that is life threatening or likely to result in serious injury to the anus, breasts or genitals has no place in a modern society and should not be tolerated," says a spokeswoman for the Ministry of Justice. (BBC News 2008)


At last, some words I can understand. I mean, this is important. Some stuff I want spelling out.


I’m feeling more secure. I’m being given some guidelines. What I, and a lot of writer friends publish has to be classified as Erotica. We don’t write about the stuff the Woman from the Ministry talked about. Therefore we are not Pornographers.


There have been a number of high profile cases brought against various individuals over the years, brought by the Director of Public Prosecutions.


From the Web again;

1976: the “Inside Linda Lovelace”, obscenity trial (found not guilty)

“A defence against the charge of obscenity on the grounds of literary merit was introduced in the Obscene Publications Act 1959. The OPA was tested in the high-profile obscenity trial brought against Penguin Books for publishing “Lady Chatterley’s Lover” (by D.H. Lawrence) in 1960. The book was found to have merit, and Penguin Books was found not guilty — a ruling which granted far more freedom to publish explicit material. This trial did not establish the 'merit' defence as an automatic right; several controversial books and publications were the subject of British court cases throughout the 1960s and into the 1970s.”


But what’s really going on here? These are surely just fantasies; stories that we tell ourselves. Images and words to allure us and arouse. We’re grown ups, we know the difference between illusion and reality; don’t we? What is the government so afraid of that they need to censor our dreams -- and our nightmares?


But children have to be protected from the violence of sick minds, as do women and men from the perpetrators of domestic violence.


Several years ago, Jane Longhurst, a teacher from Brighton, was murdered. It later emerged that her killer had been compulsively accessing websites such as Club Dead and Rape Action, which contained images of women being abused and violated. When Graham Coutts was jailed for life, Jane Longhurst’s mother, Liz, began a campaign to ban the possession of such images.


Supported by her local M.P. she found a listening ear in the then Home Secretary, David Blunkett, who agreed to introduce legislation to ban the possession of “violent and extreme Pornography.”


“This was included in the Criminal Justice and Immigration Bill which will get its final reading this week and will get Royal Assent on 8th May (2008).”(From BBC News. 2008).


It’s real, it’s scary and it’s out there. Really, it is. Perhaps the laws do need to be tighter -- perhaps, in the name of democracy the laws should be relaxed. As usual, as with any passionate debate, I find myself agreeing with the last person who has spoken.


Still made me want to throw up.


Clearly, we can’t add “what makes billierosie wanna throw up” to our still, much needed absolute, definition of Pornography.


Burying my head in the sand? Yes; for now. But I’ll be back, thinking some more, when I’ve caught my breath.


(Thanks to Fulani and Janine Ashbless for their support and for giving me the ideas to put this essay together.)


Take a look at these ideas from well known commentators below.


From The Guardian. September 2006


“Mrs Longhurst is to be congratulated on the success of her crusade. It shows that individuals can still be effective. But I see problems ahead. The first concerns the difference between reality and simulation. Will looking at images of gross brutality that have been acted out, without real harm, really be prosecuted? If so, we could be back to the case that beset The Romans in Britain, the stage play that included a simulated anal rape, which Mary Whitehouse tried to have banned.
Secondly, I would prefer to prosecute not those who look at the images, but those who put them there in the first place. This should be possible: making and distributing extremely violent pornography is already illegal. So why can't we censor the images that are produced, removing them from the internet, before they reach their intended audience? Surely if China can stop liberal ideas from reaching its people, Britain can keep extreme pornography from a much smaller population?
The idea that pornography causes murder is hard to prove. My television series Taboo tried to demonstrate the link. But the truth is that many people can watch films of cruelty and degradation without harmful effect. That said, extreme pornography degrades women and brutalises men, which is why I think that removing it from the internet would be the best way forward.”

We had proved that snuff existed (the film experts verified that there were no camera tricks to depict the sawing), and one of the journalists wrote copiously about the issue, urging police to take action. Nothing happened.

Since then the internet has allowed men to film themselves abusing women and children, and to distribute these images to thousands of people worldwide, within minutes. For a woman whose rape and violation is now a piece of entertainment, she has to cope with the knowledge that the record of this may well outlive her.


“One of my main concerns for victims of genuine abuse is that their abuser is prosecuted, not whether somebody looked at the evidence and became turned on. I would also suggest that anyone who commits a serious crime is unlikely to put the results all over the internet, and that many of the sites likely to be affected by the new laws would actually be showing sexual activity between consenting adults. The government seems to be making the point that some sex acts are so wrong that individual consent doesn't count and that it is the place of authority to dictate our sexual preferences or place limits on them.

While I welcome this bill, the mainstream objectification of women has to be tackled too if the government is really serious about women's human rights.”

While snuff imagery, female mutilation and gynaecological surgery is not my idea of entertainment, these sites are usually made by adults and consumed by adults and it is as important to protect consenting adult behaviour as it is to protect children, the aged, racial minorities, and the disabled. While any decent human being can sympathise with a grieving mother, particularly in the face of an especially horrendous crime; we can allow neither her, nor 50,000 petitioners, nor a government that has lost its way, to criminalise legitimate, private, adult behaviour. The arena of adulthood must be allowed to exist for the sake of democracy.”
Posted by billierosie at 04:17