Disappearing into the Light by A. Aimee 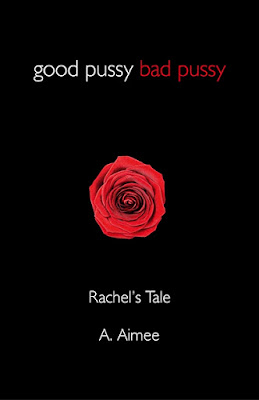 By some wild, crazy, roundabout path, Albert had guided Rachel to a place where nothing but total surrender was possible.

She was no longer Rachel Somers with an identity to protect or preserve. He had freed her, as lovingly and as carefully as any man could, of whatever it was she thought she was. He had stripped her bare. Left her with nothing she could identify with, and in that strange, naked state of being no woman she knew, she found herself connected to a sexuality so powerful that it jolted her beyond her everyday reality into some awesome cosmic plane she did not recognize.

"This is not me," she thought and tingled all over with pleasure. "This is not anyone." And that was when he plunged headlong, headstrong, into her, finding in her a depth she did not know she possessed.

So she spread her legs wide, baring her soul and allowing him entry everywhere – allowing him anything, everything. And then, when he raised himself up above her, supporting himself with his powerful arms, looking down at her with an intensity only he possessed – she knew she would love him always.

And there she stood, perfectly poised. Perched, before that formidable plunge into the cosmic void when all the Light hit her.

Then, right before she let go and jumped, heart first and ecstatic, into the nothingness before her, she knew, once and for all, now and forever – that no matter what happened, nothing in life could ever separate her from Albert. Ever. Nothing. Not even separation itself.

So she closed her eyes and let the passion – his passion and hers – and the passion of living and  loving and of being alive all wrapped in one – finally carry her over the edge.

And as she flew fast, hurtling through space towards her Infinite Self, she cried out, delirious and joyful as the beloved sacrificial lamb does when suddenly it is released from the agony of the limitations of this earthly existence...

And as she disappeared into the Light, her heart sang and she gave thanks...


iBooks (iTunes)
Posted by billierosie at 03:55