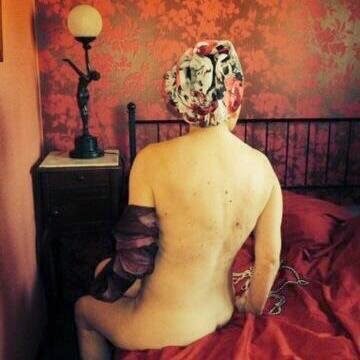 “It was the nuns at my school that got me interested in people’s sexuality. The swinging sixties were going on outside, but we were cloistered together as we boiled and bubbled our way through puberty. I’d write about it, except we were all under eighteen, so I’d end up in court.

“The experiences didn’t harm me in the slightest, but later on they made me realise that there isn’t a clear distinction between ‘straight’ and ‘gay’, or between ‘normal’ and ‘kinky’. We’re all capable of bending our personal rules if the right person comes along, or the right situation presents itself.

“I’d wanted to be a doctor, and I even passed enough A levels, but an incident early on led to my being dropped from the course, so I worked in a variety of office jobs instead.

“I didn’t start writing until a year or so ago, when I was chatting online to some friends who write erotica. I suggested a few themes, thinking that they could write about them, but they encouraged me to write the stories myself.
I still haven’t worked through them all.


Perhaps that’s where my fiction has come from.” 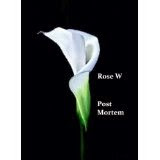 And Rose is always full of surprises -- one day a small volume arrived at my door with the morning mail. Rose had written a book – that book was Post Mortem – a tale of undying love – a tale of love beyond the grave. A single white lily decorated the dark cover. I read the book description on the back;

I read Rose’s Post Mortem; I felt as if I were trembling inside. I read it again. Was this pure fiction or had these events taken place? It had the ring of truth about it – yet how, why, when, where? Impossible – surely?

And that first book from Rose sets the pace – Rose has a lot to say – is she questioning our sensibilities? Our notion of the taboo – our belief system, the glue that holds us in check – that stops us from delving into acts that sane people find atrocious?

The stories came – each one, challenging -- confronting the forbidden. Rose weaves tales that take us to perverse realms, we shudder, but something in the dark recesses of our minds gently reminds us that we are enjoying ourselves in spite of the exposition of the taboo. There’s incest in Butcher and Baker; gentle bestiality in Ginger. I had one of Rose’s provocative stories on my blog for a while until Blogger decided to clean up the playroom. Apparently, it’s for our own good – apparently Blogger knows right from wrong. He/she/it/they didn’t actually tell me to withdraw Rose’s story – but with Blogger’s new guidelines hovering like a chilly dark, damp cloud – that particular story can no longer be available for you to read. 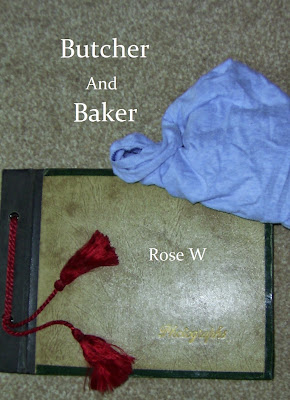 But Rose continued to provoke and it’s all too much for Amazon’s sensibilities. She escaped to the relative sanity of Smashwords -- like Blogger, Amazon also believes it/she/he/they know right from wrong and have set up a form of censorship that can only be described as hypocritical bullshit – just weave a little sophistry into your book description and you can get away with pretty well anything – whatever, in other words Rose’s confrontational stories were no longer welcome at Amazon.

Treat yourself to a Rose W story – the links are below.