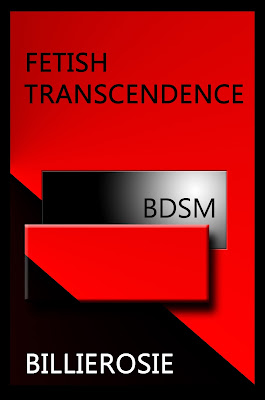 Fetish Transcendence; celebrating the dark side of desire. The latest collection of erotica from billierosie. Twelve stories; each story celebrating the magical, mystical diversity of human sexual experience. Those secrets and lies that we keep well hidden; that we dare not admit to ourselves, but make their presence felt through our fantasies and dreams. Dark desires that arouse in the heat of the night when our darker side cannot help but give in.


I’m thrilled with the sales figures! And my book has been voted to the number one spot of six Goodreads’ fetish and fantasy lists! That means so much to me – Fetish Transcendence has been voted for by people who love books -- real readers!

One dirty phone call precipitates another in Touch, while in Body Swap, Simon and Clarice turn their unique, extrasensory gift to their advantage; love and lust carries them through the generations. They have no fear of the tomb; they have defeated death itself.


The rocky road to attaining sanctity is told through a terrible, sacrilegious confession to Father Abraham. It’s a confession of an abomination; an unspeakable sexual perversion that threatens the immortal soul.


The heat of the crowd generates its own dark mood of erotica. There’s hardly any room to breathe let alone move. It’s hot and sweaty. Someone presses up close behind you; too close. You know exactly what is going on but you are powerless to stop it; to do anything about it. You can’t even turn around to confront your violator. Poor Julia! Will she ever get over the humiliation?


And there’s a holiday romance; a romance with a difference for this submissive male and the Dominant woman who knows how he can achieve real pleasure.


The two final tales tell of Anastasia; the lucky lady who inherits millions. You’d think she would be happy, but there is Marcus whom she adores, but who doesn’t want her. And driving the narrative there is a diary. A piece of pornography that teaches Anastasia about a long ago sexual awakening – an awakening worthy of the Marquis de Sade himself.

The collection of sexual tales, featuring new and previously published stories, begins with “Security,” a smoking hot tale of nearly-forced sexual surrender, which can be a tricky kind of tale to tell - especially without crossing the border into rape or other unsavory elements of storytelling. In this short, readers meet Freddie, who takes his job as a security guard to the next level by giving the small time criminals he encounters a choice; perform a degrading sexual act and be set free, or be humiliated by arrest and court. Male or female. It matters little to him. But the sensual Ellie, also known as the shoplifting criminal called The Shadow, might prove to be his match.

For those fans of hardcore lust, abandon, masters and servants, and other forms of sexual depravity, the wait was well worth it.

Billierosie's new erotic offering the Fetish Transcendence is a Juicy medley of adult erotica for the experienced connoisseur and the novice alike. As usual the author outdoes herself once again, the characters come to life right before your eyes… from Freddy the jaded security guard who likes humiliating the notorious shop lifter 'shadow'. Ellie the shy but effective rich bitch thief.to Anastasia, where Stacy finds her mother's lost and for once forgotten diary. Stacy has inherited a vast fortune and in the process finds that she has also inherited something else from the family tree; persistent genital arousal…of all things. I found this book well written as well as exciting and hard to not get aroused myself. If I could give Fetish Transcendence 6- stars I would indeed…

This was my first read of a book by Billierosie, and armed with the knowledge that this lady pulls no punches I dived in! Each of the stories touch on edgy eroticism, blurring the lines in one or two places in a roller-coaster of a read. For those of you that like your fetish to be dark and dangerous you will LOVE this collection, and I would mark it down as a definite read as soon as you can! It's quirky, riveting, addictive and typical of the lady herself; VERY naughty!!

Aggressive and detailed, it's the little fetishes that shape sexual experiences that make "Fetish Transcendence" a great read! A collection of stories that start off strong, Billierosie digs deep into the perversions and digressions of her delightfully driven and sexually motivated characters. There's a bit of everything for everyone, and lots of action. Worth reading all the way to through!


Fetish Transcendence is at Amazon UK and Amazon US

And do please use Amazon's "look inside" feature for a taster!

And a huge and massive thanks to Francis Potts for his infinite patience – my book would never have seen the light of day without Francis’ help.

The new cover image is by Gary Walker #Look4Books on Twitter and at www.look4books.co.uk
Posted by billierosie at 04:49