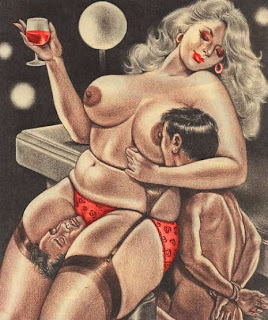 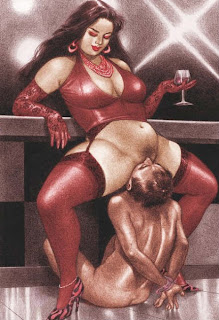 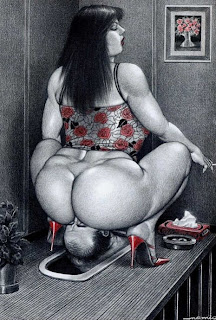 Patrick Whitehurst points out that none of the paintings appear to be for sale. He wonders why that is? Maybe they are in private collections -- I don’t know. 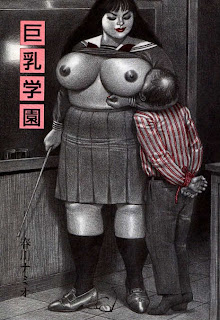 The collection is vast: you can see the prolific scale of Namio Harukawa’s work by googling his name.
Posted by billierosie at 11:57