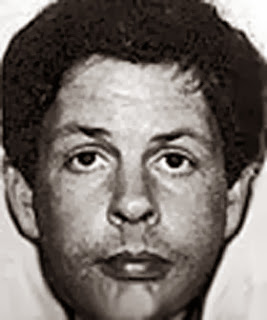 Indianapolis 1993. The Gay scene; men were disappearing. It must have been a while before anyone really noticed. Even if you realised that you hadn’t seen a guy for some time, you would probably just think that he had moved away to a different state and maybe the disappearance isn’t at all sinister. Maybe he just got bored with Indianapolis and moved on. Or maybe he was married and leading a double life with a wife and kids who didn’t know of his bisexuality. For many gay men, even today, with laws rewritten, the anonymity of sexual encounters is paramount. Exposure could be tragic. And if you ever thought about the guy whom you hadn’t seen for a while – well, there was always the possibility that he may have died.


Roger Allan Goodlet was one of those men who didn’t come home. This was on the 22nd of July 1994. But Roger had someone who loved him and who knew that his disappearance was out of character; his mother.


Roger’s mother contacted the police, but she was unsatisfied with their response and she hired a private investigator. Soon Roger’s face began to appear on flyers throughout the area. Finally, the gay community and the media began to ask questions about the young men who frequented the gay night clubs in the area and their disappearances. Days after Roger’s disappearance, Stephen Hale was the eighth man to vanish. Police turned to the FBI Behavioral Science Unit for help. The profile indicated the perpetrator was a white male, mid 30s, bisexual with a mid to high level IQ. The profile would only be useful if the received information had a possible suspect.


One potential witness came forward. Mark Goodyear told police about an odd encounter he’d had with a man who was a regular patron of the gay bars in the area. Mark and the man were discussing the missing person flyer; the man showed concern, but Mark wasn’t sure if his empathy was genuine. Despite Mark’s suspicions, he agreed to accompany the man home, where the Mark was persuaded by the man to engage in erotic asphyxiation foreplay in the home’s swimming pool. The man described it as the best orgasm he would ever experience. With the hose wrapped tightly around his neck, Mark realised that the man wasn’t going to stop and was intending to strangle him. Mark feigned death and that was what saved his life. Mark is a big guy and in a face to face confrontation there was no way that the much smaller man would stand a chance and Mark made his escape. But Mark was shaken by the encounter and reported the incident to police, but he was unable to pinpoint the location.


The man continued to contact Mark. During their phone conversations, the man admitted to accidents or bad nights, but he never confessed to murder. By August 1995, ten men had vanished. Then one night Mark spotted the man in a bar and took down his vehicle license plate number.


The Police ran a background check on Herbert Baumeister. He seemed innocuous enough; a typical resident of his wealthy Indianapolis suburb. He, and his wife Juliana had three children and ran two successful retail outlets in Indianapolis. Juliana described Herb as a devoted father who spent plenty of time with his kids. The kids grew up in the park like setting of the Baumeister estate.


The police widened their investigation. Herb Baumeister was still on their radar, but there were other trails to follow.


Then in 1995 Herb and Juliana’s 15 year old son found a human skull and some other bones in the grounds and told his mother. When Julianna mentioned this unusual discovery to her husband, he assured her that the bones were probably left over from medical research that his father, who was a doctor, had been working on. He offered no explanation as to why they happened to be buried on the estate.


Meanwhile, there was an ongoing police investigation in the Mid-West regarding the disappearance of more than a dozen gay men – the first case dating back to 1980.


But they hadn’t forgotten Herb Baumeister. It seemed that Herb was well known at every gay hangout in Indianapolis and the police began a surveillance. They considered that Herb’s fascination with the ecstasy of nearly strangling his prey was eclipsed by the thrill of watching his victims die.


Police wanted to search the property at this point, but voluntary entry was refused. Herb certainly didn’t want the police poking around, and Julianna didn’t believe the accusation of her husband’s double life. But the possibility of exposure did its work on Herb Baumeister and he neglected their business interests.


Foreclosure by the bank was imminent.

Julianna filed for divorce and Herb left the house. Julianna allowed the police to search the house and grounds; the search yielded hundreds of bones and bondage paraphernalia.


Herb was questioned and released. Not surprisingly, he fled.


In all, the bones of seven victims were found on the estate. Autopsy data on nine other bodies found along rural roads Indiana and Ohio pointed to Herb Baumeister’s modus operandi. The nine other slayings, committed between 1980 and 1990, had striking similarities. All the victims were partially unclothed, found near water and most had been strangled. The victims were all from Indianapolis.


How Julianna could not have had an inkling of her husband’s secret life frequenting the gay bars of Indiana is difficult enough to comprehend. But how she could remain ignorant of seven bodies buried within a few feet of their home seems impossible.


Was Julianna an accomplice after the fact? Maybe she was; maybe she wasn’t, but she was never charged.


This blog post has been compiled using sources from the web.