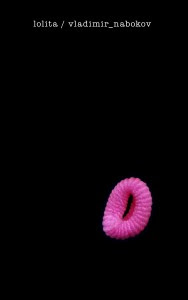 I’ve read Vladimir Nabokov’s “Lolita” a few times. I read it again quite recently. It’s still as disturbingly, quietly brilliant as ever. It will always be disturbing, it will always leave the reader shaken; it is meant to. But more than anything, it is a brave book. Nabokov doesn’t just tip-toe around this huge, very difficult subject. He hits you with it hard.


Paedophilia. It’s a word to make you shudder. What can you say about it, other than it is the horror of a nightmare?


Nabokov isn’t defending paedophilia and he’s not attempting to explain it. Through his unreliable narrator, Humbert Humbert, he explores the nature of the predatory, salacious psyche, and shows paedophilia up for the totally selfishly, depravity fuelled lifestyle that it is.


Some books, it has been seen, as with “Lady Chatterley’ Lover” public taste has finally embraced Indeed, it is now hard to believe that Penguin books were actually put on trial for publishing it. “Ulysses” was also considered depraved. People don’t think that way now. Yes, times change, we grow up, we mature. But public taste will never embrace “Lolita,” it will always be read with a shudder.


Lolita cries, as she sees Humbert sobbing lustfully, because he wants to fuck her, yet again. And this is a novel about a grown man fucking a twelve year old girl, let’s not be shy.


Humbert insists that he is not a monster. True, he may not look like one. I have the image of a tall, dark, intellectual. Distinguished; he’s an academic, a bit of a bumbler. A debonair European; Lolita’s mother, who is also Humbert’s landlady, falls for him and they marry. When she dies, Humbert, who is now Lolita’s stepfather, also has total control over her. It all worked out so well for him, didn’t it?


But Humbert Humbert is a monster. Although he is our narrator, he tells things only from his point of view. He dissembles and Nabokov makes it clear to the reader that in his planned seduction of Lolita, this is a pervert planning to fulfil his lascivious desires.


"So let us get started. I have a difficult job before me." Humbert addresses the reader.

He describes the process.


“She was musical and apple-sweet. Her legs twitched a little as they lay across my live lap; I stroked them; there she lolled on in the right-hand corner, almost asprawl, Lola, the bobbysoxer, devouring her immemorial fruit, singing through its juice, losing her slipper, rubbing the heel of her slipperless foot in its sloppy anklet, against the pile of old magazines heaped on my left on the sofa—and every movement she made, every shuffle and ripple, helped me to conceal and improve the secret system of tactile correspondence between beast and beauty—between my gagged, bursting beast and the beauty of her dimpled body in its innocent cotton frock …”


Nabokov guides the reader. No matter how much Humbert dresses it up, what he wants to do is ejaculate without Lolita knowing. Humbert shields himself from how repulsively he has acted.

“Her teeth rested on her glistening underlip as she half-turned away, and my moaning mouth, gentlemen of the jury, almost reached her bare neck, while I crushed out against her left buttock the last throb of the longest ecstasy man or monster had ever known.”


“With the deep hot sweetness thus established and well on its way to its ultimate convulsion I felt I could slow down in order to prolong the glow. …”


But the most perverse, shocking scene occurs later in the book. Humbert shows no contrition, just plain evil, salaciousness when he is confronted by Lolita’s school teacher. The teacher tells him that Lolita is; "antagonistic, dissatisfied, cagey" and "obsessed with sexual thoughts for which she finds no outlet."

Nabokov is using the schoolteacher as a mouthpiece to show the damage done to Lolita. Humbert sneers inwardly and goes to find Lolita at study. Here is the
passage. Humbert Humbert finds her:


“with a sepia print of Reynolds' 'The Age of Innocence' above the chalkboard, and several rows of clumsy-looking pupil desks. At one of these, my Lolita was reading … and there was another girl with a very naked, porcelain-white neck and wonderful platinum hair, who sat in front reading too, absolutely lost to the world and interminably winding a soft curl around one finger, and I sat beside Dolly [Lolita] just behind that neck and that hair, and unbuttoned my overcoat and for sixty-five cents plus the permission to participate in the school play, had Dolly put her inky, chalky, red-knuckled hand under the desk. Oh, stupid and reckless of me, no doubt, but after the torture I had been subjected to, I simply had to take advantage of a combination that I knew would never occur again.”


“Lolita” is a shocking book; it is also brilliant in Nabokov’s delineation of character, both of Humbert and Lolita. It is about 55 years since “Lolita” was published. But I’m glad that it was published. The book was rejected by five American publishers, who feared they'd be prosecuted on obscenity charges. It was first published in France by Olympia Press, which put out some serious books — and lots of pornography.


Nabokov didn't know that — he was just relieved that someone agreed to publish his book. And so Lolita was published in a plain green cover, in Paris, on Sept. 15, 1955. It was published in America three years later and was an immediate success.


A while ago I watched a television programme about paedophiles. They dragged out the usual brigade of psychologists, psychiatrists and criminologists. And a collection of paedophiles. They asked the usual questions: Can paedophilia be cured? Does one choose to be a paedophile? And they didn’t really come up with any answers. They interviewed a few self-confessed paedophiles, their responses were quite sickening.


But for one man. This guy knew that he was a paedophile, always had been, always would be.

But he chose not to act on it. I was impressed.

(My own ideas and sources from the Web have been used compiling this blog post.)

I've always found Lotita to be a brilliantly written book and one with many layers. True Humbert lies, but he leaves it up to us to decide which part is the lie and which is the truth. The idea that a twelve year old girl is a temptress is interesting and certainly young girls that dress like Katie Perry and Lady Gaga out there today seem to be overly sexualized. And aren't women always blamed? Watch Philomena and note how many fathers are punished for parenting children.

One of the things The Anti Saloon League of America did while they were fighting for Prohibition was to get the Age of Consent changed from 10 to 16, it was still 14 in many places in 1920. So think of Humbert, who is 42 when Lolita is 12 in 1955, a mere thirty years after a change to practices that were common the world over. This, of course, was one of many reasons so many 'women' died in childbirth, they were but children themselves.

Lolita is an amazing book and a disturbing one. I especially like the opening:

Lolita, light of my life, fire of my loins. My sin, my soul. Lo-lee-ta: the tip of the tongue taking a trip of three steps down the palate to tap, at three, on the teeth. Lo. Lee. Ta.

Sadly, I think, however much the narrative is dressed up as ''literature''' it boils down to a titillating and corrupt story aimed to shock its readers, but also to excite and plant thoughts in the minds of some.
Nabokov was quite well aware of what he was creating, if not, why should he write it in the first place. As a writer, one invests time and emotional energy in one's characters. He carefully steers and controls the reader through the narrative. He may not ''approve'' of his protagonist (who could?) but the mere act of creation suggests, surely, approval on some level.
You write well on the subject, and analyze the essence of the book's purpose, drawing in wider areas to discuss and throw light on the book.
However, for anybody who has a daughter, or who has worked with children damaged by predatory adults, as I have, the core theme of the book is still dangerous and depraved.
Lolita broke the ground and opened the door for other narratives,maybe not so well written, but dealing on a variety of salacious levels with the same topic. As such, I cannot condone it.
Publication gives it validation. You invited me to comment. This is my comment. I have no doubt I shall now be shot down in flames by many who see me as a ''prude'' and a ''Puritan''. Tough....
Like all such books, the cry ''it is a brave book'' does not fly. Writers have a moral responsibility for how they use words and an obligation not to use them for evil purposes.
I remember reading the book in my teens and being deeply shocked. It changed my perception of the adult world as a ''safe ' place and made me reassess both myself as an emerging sexual being, and the male authority figures around me.
A little gold flaked off my innocence. Thanks Vladimir.

This raises the question of whether literary skill can give value to a work of fiction
that deals with shocking desires and activities. Some say there is no justification for "legitimizing" actions that cause long-term harm, while others say there should be no limits on what can be written about. I've thought a lot about censorship, and have had some first-hand experience with the decisions of censor boards, and my conclusion is that outlawing a thing (book, film, statue, painting, whatever) that already exists is doomed to fail. The publishers who refused to publish Lolita had every right to their decision, but once it was published, legally banning it would have turned it into hot contraband -- much like heroin, cocaine, crystal meth, etc., which flow across borders regardless of massive efforts to stop the dope trade. Discussing a book is different from trying to make it go away, and I think it makes a lot of sense to keep pointing out Humbert's selfishness, his pathological refusal or inability to imagine how his actions affect Lolita, and his unattractiveness as a role model. As far as I can see, a well-written book is a well-written book, but disturbing content is disturbing content -- these two aspects of the same novel don't cancel each other out.
Those in the caring professions who deal first-hand with the results of child sexual abuse can oppose defenders of men like Humbert every time they pop up in public places, including cyberspace. (Yes, I know this is exhausting. That's why many voices are needed!) I've been amazed at how often I have to explain to university students in an English class that: sexual assault or coercion or manipulation, by definition, is caused by the perpetrators. No one "causes" any of these things by being attractive, or "too innocent." (!) It seems as if each generation of young adults needs to hear this message all over again.
Posted by billierosie at 04:06