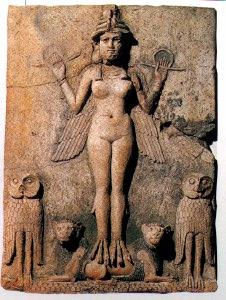 It is all womens’ fault. All of it.  Everything -- ever since the world began. We are used to blaming Eve, for her disobedience to God‘s holy decree. But we are wrong to do so. The fault of womankind and consequently every bad thing that ever, ever happened, is actually the fault of Lilith -- Adam’s first wife.

There are many stories about Lilith in ancient Hebrew, and Assyrian texts. The stories tell that God created Adam and Lilith at the same time, and out of the same dust. It seems that conflict arose between Adam and Lilith, because Adam insisted that Lilith should lie beneath him during sexual intercourse. Lilith was furious and refused; she was Adam’s equal. She spoke the sacred and ineffable name of God and vanished in a rage, flying off into the air. 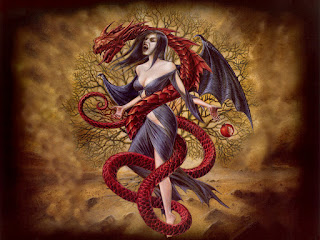 Adam was understandably angry and insisted that she return to him. Adam asked God to help him, so God sent three angels, Senoy, Sansenoy and Semangelof, to find her.

She was eventually found in the Red Sea. The angels threatened her. If she did not return to Adam, her husband, one hundred of her sons would die every day. Lilith countered their threat by telling them to do their worst, retorting that she was created to harm new born children and that is what she would do. But she made an oath that she would not harm a child wearing an amulet with the images of the three angels inscribed on it.

Lilith’s first appearance is probably in ancient Sumer texts; she also is mentioned in the Dead Sea Scrolls. She is older than Judaism and is the most important of a small collection of named female demons in Hebrew legend.

As far as I am able to ascertain, there is only one Biblical reference to Lilith -- in Isaiah 34:14

“Wildcats shall meet with hyenas,
goat-demons shall call to each other;
there too Lilith shall repose,
and find a place to rest.
There shall the owl nest
and lay and hatch and brood in its shadow.”

The passage associates Lilith with the night and with repulsive, unclean creatures. I get a sense of her plotting, scheming and finding ways to do harm. She is clearly linked with the demonic world. As stories around her develop, Lilith becomes associated with endangering pregnancy and childbirth -- if she can make things go wrong, she will. 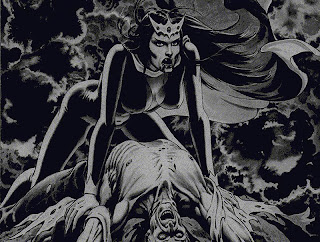 Lilith is also a succubus -- men fear her coming to them in the night, stealing their seed, copulating with them, as they slumber helplessly. She personifies licentiousness and lust.

Even holy men feared Lilith. In the Middle Ages, celibate monks kept Lilith’s night time visits away by sleeping with their hands crossed over their genitals and holding a crucifix. 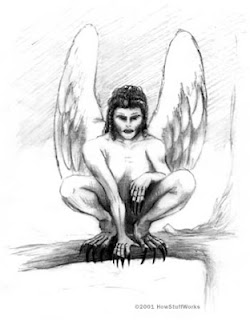 Kabbalah has a clear view of Lilith.

“Kabbalah is a set of esoteric teachings meant to explain the relationship between an unchanging, eternal and mysterious Ein Sof (no end) and the mortal and finite universe (his creation). While it is heavily used by some denominations, it is not a religious denomination in itself. Inside Judaism, it forms the foundations of mystical religious interpretation. Outside Judaism, its scriptures are read outside the traditional canons of organised religion. Kabbalah seeks to define the nature of the universe and the human being, the nature and purpose of existence, and various other ontological questions. It also presents methods to aid understanding of these concepts and to thereby attain spiritual realisation.”

Through the teachings of  Kabbalah, Lilith maintains a status fixed in Hebrew demonology. She leaves a trail of tragic tales wherever she appears. She strangles children in their cribs and she seduces any man she fixes her gaze upon. She is the partner of Samael (Satan) and with him, she rules the forces of evil. She visits her earthly husband, Adam, as the succubus, stealing his seed, and she copulates with Satan. Lilith gives birth to one hundred children a day and is held responsible for populating the world with evil.

Men and babies have no protection against a sexually powerful entity such as Lilith. She personifies female sexuality and her mythology perceives her sexuality as a terrible threat, disruptive and destructive, going against the natural order of things. Lilith disturbs identity, system, order. She has no respect for borders, positions or rules. 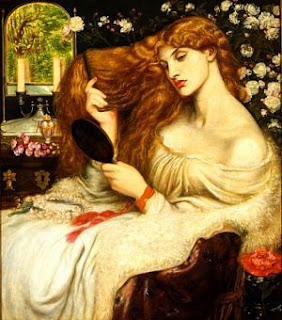 These days, her name is unspoken -- either because we don’t know about her, or because we live in the enlightened decades of the twenty first century. We no longer believe in evil entities.  But Lilith still lurks as a sinister entity in the minds of biblical commentators and in the teachings of Kabbalah.

“She provides thereby a necessary sexual dimension, which is otherwise lacking, to the Genesis story which, when read in literal terms, portrays Eve not as some wicked femme fatale but as a naive and largely sexless fool.”

Christopher L.C.E. Witcombe “Eve and the Identity of Women”

This blog post was put together using sources from the Web, including Wikipedia, Christopher Whitcombe’s essay and Encyclopedia Mythica. Also ideas from Marina Warner and Julia Kristeva.