ISADORA DUNCAN: MOTHER OF THE DANCE. 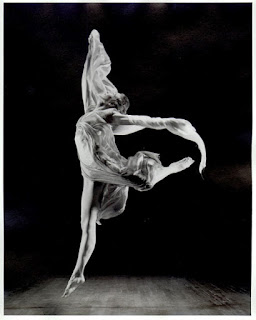 Isadora Duncan, was born in San Francisco in 1877. She was an instigator of changes, but her dearest passion was “The Dance”. Isadora lived and breathed for dancing, but she did not like things as they were. She wanted The Dance to be different.

She began teaching at the age of five, when she gathered all the little girls in the neighbourhood and taught them to sway their arms to express the movement of the ocean waves. Following this childhood experience, Isadora went on to direct several dance schools throughout her career. She said, “To dance is to live. What I want is a school of life.”

Isadora is known as the mother of  "modern dance," founding the "New System" of interpretive dance, blending together poetry, music and the rhythms of nature.  She did not believe in the formality of conventional ballet and gave birth to a more free form of dance, dancing barefoot and in simple Greek apparel.

Her dreams took her to Chicago and New York, but any applause that she received was desultory. Isadora desperately needed artistic fulfilment and she embarked on a quest that took her and her family from her homeland, to Europe. Money was scarce and they often faced starvation, but Isadora would endure any hardship for her dance, which she characterised as life itself. Scantily dressed in Grecian-inspired tunics, Isadora danced barefoot at garden parties and other small social gatherings. Her popularity grew and soon she was touring throughout Europe and America. 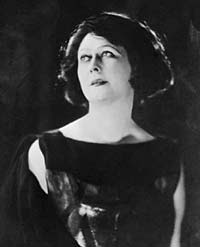 Isadora was an emancipated woman, ahead of her time. Her first long-term lover was the famous set designer Edward Gordon Craig. He was her lifelong friend and the father of her daughter Deirdre. The father of her second child, Patrick, was the millionaire Paris Singer who, for a while, financed the school she had always dreamed of. The government of Russia also gave Isadora a school. She was inspired by the Bolshevik Revolution and created one of her most famous dances, The Marche Slav, for the Russian people. There Isadora met the poet Sergei Esenin and married him, despite her vow to remain unwed and despite the fact that he was fifteen years younger than she was. Their marriage ended tragically two years later when Esenin left Isadora and soon after, committed suicide. It was not the first tragedy in Isadora's life. Many years earlier, her two children and their nurse drowned when their car went into the Seine. 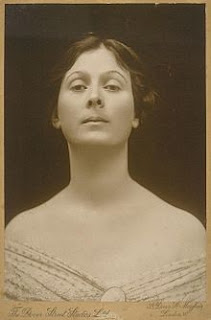 Isadora Duncan's genius inspired other modern dancers of her time to create their own individual styles; the far-reaching influence of Isadora's dance, however, was not limited to the stage. All the arts were reaching out in new directions, searching for new and exciting forms of expression and inspiration and they found Isadora Duncan. While painters and artists of all media worked with furious strokes to catch Isadora’s essence through the movement of her dance, photographers sought to capture her image on film. Max Eastman said, “It was never easy to coax Isadora Duncan into a photographer's studio. Like a wild and wise animal, she fled from those who sought to capture the essence of her, which was motion, by making her stand still.” 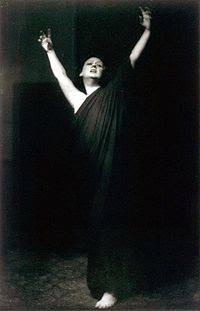 Isadora Duncan died as dramatically as she had lived, when her long trailing scarf was entangled in the spokes of a wheel of a new Bugatti sports car. In an instant, she was strangled, nearly decapitated by the tightening of the scarf wrapped around her neck. Despite her untimely death, on September 14, 1927, her legacy continues to inspire new dancers. Drawings, paintings, and photographs attest to her influence on modern art. She inspired Emile-Antoine Bourdelle’s design of the bas-relief “The Dance”, it can be seen on the façade of the Theatre des Champs-Elysees. “All my muses in the theatre are movements seized during Isadora's flight; she was my principal source,” Bourdelle said. It is fitting that Bourdelle saw Isadora as the model for the muse. Since the time of the Greeks, whom Isadora emulated, the nine muses have symbolized artistic expression. Very early in Isadora‘s career, sculptor Laredo Taft, one of Isadora’s earliest admirers, described her as, “Poetry personified. She is not the Tenth Muse but all Nine Muses in one; for painting and sculpture as well.” 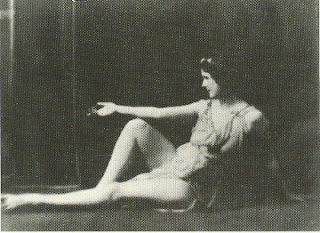 Dancer, adventurer, revolutionary and ardent defender of the poetic spirit, Isadora Duncan has been one of the most enduring influences on contemporary culture. Ironically, the very magnitude of her achievements as an artist, as well as the sheer excitement and tragedy of her life, have tended to dim our awareness of the originality, depth and boldness of her thought. 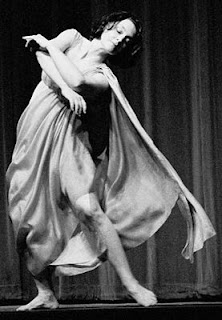 Isadora was a thinker as well as a poet, gifted with a lively poetic imagination, a radical defiance of “things as they are,” and the ability to express her ideas with verve and humour. Isadora, was a theorist of dance and a critic of modern society, culture, and education. She was also a champion of the struggle for women’s rights, social revolution and the realisation of poetry in everyday life.

Virtually single-handedly, Isadora restored dance to a high place among the arts. Breaking with convention, she traced the art of dance back to its roots as a sacred art. She developed within this idea, free and natural movements inspired by the classical Greek arts, folk dances, social dances, nature and natural forces as well as an approach to the new American athleticism which included skipping, running, jumping, leaping and tossing.

With her free-flowing costumes, bare feet and loose hair, she restored dancing to a new vitality using the solar plexus and the torso as the generating force for all movements to follow. Her celebrated simplicity was oceanic in depth — and Isadora is credited with inventing what later came to be known as Modern Dance.
From Lori Belilove