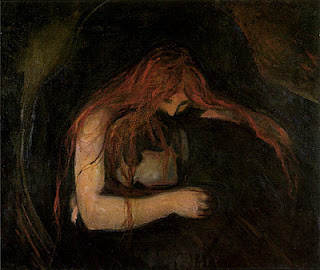 VAMPIRE EDVARD MUNCH It was quite a year 1897. Not only creatively, but in tales around a particular phenomenon; the Vampire. It was the mood of the day. Bloodsucking men and women, who could drain the very life force out of you, as they greedily sucked your blood. 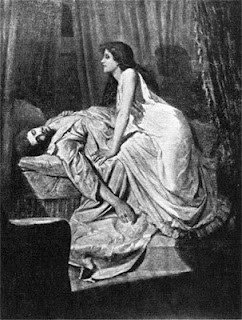 VAMPIRE PHILIP BURNE-JONES Philip Burne-Jones, was the son of the Pre-Raphaelite painter, Edward Burne-Jones. Philip, gives us the image of a femme fatale vampire leaning over her male victim. The model for Philip’s vampire was Mrs. Patrick Campbell, an actress who in 1893. played the lead in “The Second Mrs. Tanqueray”. She captured the public eye, and became famous for her beauty and talent. Philip was romantically involved with her; he showered her with expensive gifts, and painted her several times. But for the vampire portrait he worked from memory after she broke his heart by leaving him for a leading man and then a series of other lovers. In 1897, he displayed the painting at the annual summer exhibition of the New Gallery, in London. Alongside the painting, Philip included a poem “The Vampire” by his cousin, Rudyard Kipling, that described the foolishness of a man allowing himself to be destroyed by a heartless woman. Kipling wrote the verses after viewing the painting. I don’t know whom his muse for the poem was. You would think that in these days of information technology, I would be able to find out exactly where Philip Burne-Jones painting is today. I cannot. Neither can I find out the media that Burne-Jones worked in. If anyone knows the answers, please let me know! Here is Rudyard Kipling’s poem. A woman sucks the life force, from a man, whose only crime has been, to adore her. A fool there was and he made his prayer (Even as you or I!) To a rag and a bone and a hank of hair, (We called her the woman who did not care), But the fool he called her his lady fair— (Even as you or I!) Oh, the years we waste and the tears we waste, And the work of our head and hand Belong to the woman who did not know (And now we know that she never could know) And did not understand! A fool there was and his goods he spent, (Even as you or I!) Honour and faith and a sure intent (And it wasn't the least what the lady meant), But a fool must follow his natural bent (Even as you or I!) Oh, the toil we lost and the spoil we lost And the excellent things we planned Belong to the woman who didn't know why (And now we know that she never knew why) And did not understand! The fool was stripped to his foolish hide, (Even as you or I!) Which she might have seen when she threw him aside— (But it isn't on record the lady tried) So some of him lived but the most of him died— (Even as you or I!) And it isn't the shame and it isn't the blame That stings like a white-hot brand— It's coming to know that she never knew why (Seeing, at last, she could never know why) And never could understand! But it was through his publication of Dracula, again in 1897, that Bram Stoker appears to have fired up the vampire craze as we see it today. 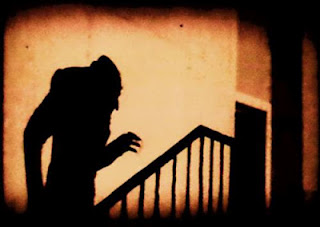 NOSFERATU If Bram Stoker had never written Dracula, we wouldn’t have “Twilight”, “True Blood,” “Buffy,” “Angel,” or “The Vampire Diaries.” Anne Rice would probably never had got her Vampire saga down on paper; no Vampire Lestat, no “Interview with the Vampire,” Anne Rice’s books beautifully crafted chronology, just would not have happened. “Dracula wasn't the first vampire novel, but it was certainly the one which did the most to popularise the theme. Despite this, it took a while for the book's success to really take off. Published in 1897, Dracula sold well, but not spectacularly. Then, in 1922, ten years after the death of Bram Stoker, a boost came from an unexpected source. FW Murnau, the great German expressionist film-maker, used the novel as the basis for Nosferatu. He didn't bother to get permission from Stoker's widow though, and she hit the roof. Between the legal action and the film itself, suddenly Dracula was hot property. Adapted for the stage, the play’s rousing presence compares to “The Rocky Horror Show”, a show that we know today. 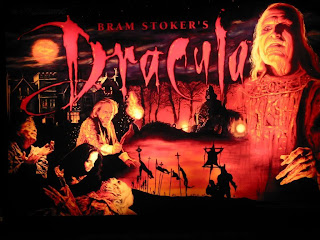 BRAM STOKER’S DRACULA In 1924 the stage play opened. The adaptation of the novel had been completed by Bram Stoker, even before publication of the book. It was immediately a wild success, touring the UK for three years, then crossing the Atlantic for a lucrative US tour. About this time, Hollywood started taking an interest. The film, begun in 1930 by Universal Studios, seemed dogged by disaster at first - leading man Lon Chaney died before shooting and the budget was savagely cut. The inspired casting of elegant Hungarian Bela Lugosi saved the day though, and audiences queued for hours to see the movie. Since then, Dracula's never been out of print or off our screens. He's become an icon, in fact - almost everybody knows what those red eyes, sharp teeth, immaculate clothes and dark hair add up to these days. Stoker's creation may not have been the first, but it's certainly been the most enduring.” From BBC online Here is an extract from “Dracula” I think it is pretty sufficiently creepy! “I was afraid to raise my eyelids, but looked out and saw perfectly under the lashes. The girl went on her knees, and bent over me, simply gloating. There was a deliberate voluptuousness which was both thrilling and repulsive, and as she arched her neck -- she actually licked her lips like an animal, till I could see in the moonlight, the moisture shining on the scarlet lips and on the red tongue as it lapped the white sharp teeth. Lower and lower went her head as the lips went below the range of my mouth and chin and seemed to fasten on my throat. Then she paused, and I could hear the churning sound of her tongue as it licked her teeth and lips, and I could feel the hot breath on my neck. Then the skin of my throat began to tingle as one's flesh does when the hand that is to tickle it approaches nearer, nearer. I could feel the soft, shivering touch of the lips on the super sensitive skin of my throat, and the hard dents of two sharp teeth, just touching and pausing there. I closed my eyes in languorous ecstasy and waited, waited with beating heart.”
Posted by billierosie at 03:46