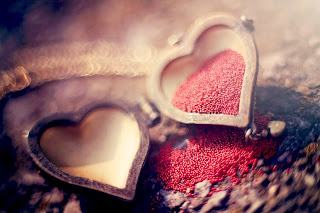 They were just children; yet on the 22nd July 1954,in Christchurch New Zealand, Pauline Parker, aged 16, and Juliet Hulme, aged 15, committed the most heinous of crimes. They murdered Pauline’s mother. Honora Rieper.

That morning Honora had gone for a walk through Victoria Park with her daughter Pauline Parker, and Pauline's best friend, Juliet Hulme. Approximately 420 feet (130 m) down the path, in a wooded area of the park near a small wooden bridge, Hulme and Parker bludgeoned Honora Rieper to death with half a brick enclosed in an old stocking. After committing the carefully planned murder, the two girls fled, covered in blood, back to the tea kiosk where the three of them had eaten only minutes before. They were met by Agnes and Kenneth Ritchie, owners of the tea shop, whom they told in a horrified panic that Honora had fallen and hit her head. The body of Honora Rieper was found by Kenneth Ritchie. Major lacerations were found about Honora's head, neck, and face, with minor injuries to her fingers. Police soon discovered the murder weapon in the nearby woods. The girls' story of how Honora was killed by a fall quickly fell apart.

These two young women had a relationship that could be based on adolescent "folie a deux". They supported their instabilities by their closeness to each other.

Pauline was dark and brooding while Juliet was bright and intelligent. They both thought they were superior to all people.

There are two key points as to why they murdered Mrs Parker. One was a scheme to save money and go to the United States to sell their novels. The second was that Juliet's father planned to move to South Africa and separate the two. Pauline's mother refused to let her go with Juliet and her family. The girls were determined not to be separated.

Violent death was rare in conservative Christchurch. The girls’ story, that the mother of one of them, Honora Parker, had fallen and repeatedly banged her head, soon disintegrated; her injuries were too horrific. A bloodied half-brick and a lisle stocking were found nearby and quickly established as the murder weapon. Pauline Parker’s diary was found immediately by the police and detailed their plans for the crime.

The case brought together several disturbing elements - females who stepped outside the expected gender role by becoming perpetrators, rather than victims of a violent crime, and the frightening prospect of young girl delinquents as killers.

Other entries in Pauline’s diary suggested a sexual relationship between the girls, and this helped to establish the crime as one linking the twin spectres of lesbianism and murder.

The class-difference between the girls was an important element of the trial, though not referred to in modern terms. Juliet was the elder child of Hilda Hulme, a vice-president of the Marriage Guidance Council, and Dr Henry Hulme, rector of Canterbury University College, while Pauline’s father, Herbert Rieper, ran a fish-shop, and was legally married to another woman. (Honora and Herbert had lived together for 23 years and the whole family including Pauline were known as Rieper until the trial.). Pauline was the second of three daughters. (A firstborn son had died as a baby, and the third daughter had Down’s Syndrome.)

The two elements of Pauline’s diary on which attention has focussed since selected entries were presented at the trial are the gangster-movie tone in which they planned the killing ("moider") and the sexual relations between the girls. A passage about the girls re-enacting lovemaking between famous (heterosexual) couples was a particular favourite of the tabloids. (It reappeared in a New Zealand womens’ magazine in 1997.)

There is no doubt the girls found solace in each being an outsider. (Juliet’s family was atypical for its day, her mother’s lover Walter Perry - a former marriage guidance client - living in the house with them while they preserved a mask of respectability.

Pauline’s household was crowded with family and boarders; privacy was an issue.) Their friendship was correspondingly passionate and mutual, but whether it can be called lesbian as we now understand the term is a matter of opinion. It was certainly depicted as lesbian in the courtroom by both the prosecution and the defence, and entered New Zealand mythology on homosexuality as a cautionary tale with which to warn women, and especially young girls, of the possible consequences of such "unnatural" relationships.

Both girls did a good deal of creative writing both separately and together, which the defence tried to use as a proof of their insanity. In particular, defence psychiatrist Dr Reginald Medlicott fastened on an unusual entry where Pauline wrote that they had had a visionary experience together on Good Friday, 1953, at Port Levy, in which they found "the key to the fourth world" where they would go when they died.

Soon after Juliet found her mother in bed with Perry, the Hulme household collapsed. Dr Hulme was asked to resign as rector and the Hulmes decided to divorce. Juliet was to be sent to South Africa to stay with an aunt while her brother Jonathan went with his father to England. The Reipers were relieved that the girls were to be separated, but Pauline wrote in her diary that Hilda Hulme encouraged her to believe that she could go with them to England. The impending separation was presented by both defence and prosecution as the motive for the killing. The book "Parker & Hulme: a Lesbian View" explores other possibilities. The trial was a cause célèbre with crowds packing every session.

“The defence conceded the fact of the killing, but attempted to prove the girls "mad"; the prosecution that they were just "bad". Dr Medlicott diagnosed chronic delusional insanity - paranoia. Local psychiatrist Dr Maurice Bevan-Brown was to publish a paper (without ever having seen the girls) diagnosing "Pathological Character Trait". ("Homosexuality in late adolescence is always a sign of emotional immaturity," he wrote.) Dr Kenneth Stallworthy for the prosecution disputed that homosexuality and paranoia were closely related.

In the event, both prosecution and defence agreed that the girls failed the 19th century test for legal insanity - they knew the nature and quality of their act: "they knew what they were doing and they knew that it was wrong."

It took the jury less than three hours to find both girls guilty of murder. Since they were under 18, they could not be sentenced to death, so they were imprisoned "during Her Majesty’s pleasure."

The real significance of the case in New Zealand is the negative attitudes it created about lesbians, especially for teenage girls, for many years afterward. Throughout New Zealand, but especially in Christchurch, the mythic link between "lesbian" and "killer" had been re-affirmed. This affected not only heterosexuals, but also young lesbians’ attitude toward themselves, creating the fear that any hostility they might feel towards their mothers was their own share of the Parker-Hulme "pathology". Any girl who seemed more than usually attracted to a friend was likely to fill her parents with fear. Others, however, were beneficially alerted by the case to the existence of other lesbians.”


Juliet Hulme is now called Anne Perry. She lives in a small Scottish fishing village and is a best selling U.S. author, who writes mystery books. She has had no contact with Pauline Parker since their conviction, nearly 40 years ago, which was a condition of their sentence. She says she has tried to forget what happened and as a mature woman, believes she has long since paid her dues.

I cannot find out what has happened to Pauline Parker.
Posted by billierosie at 03:52