THE SECRETS OF THE RUNES 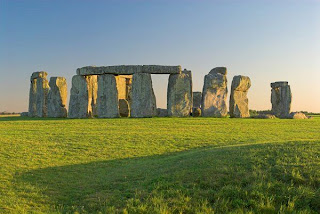 No-one can now be sure of the origin of the Runic alphabet with which many of us will be at least vaguely familiar. The ‘stick like’ almost primitive looking symbols often appear in an article or a fantasy tale in magazines or novels, they seem to hold a fascination that lies deep within the consciousness of many of us.

So what about the history and meaning behind them?

Even the word ‘Rune’ provokes debate amongst scholars. In Old Norse, a ‘run’ was a secret, in Old German, it is connected with the ‘raunen’ to whisper, and in Welsh the word for a secret is ‘rhin’ or ‘rin’. By the Middle Ages to ‘roon’ a person meant to whisper in somebody’s ear. Little wonder the Runes have acquired a mystery all of their own.

We know the Norsemen used them, did they bring their carved stones with them on their frequent ‘visits to Britain? Or did the Celts have them first and was it the old inhabitants of Britain that gave them to the world? There is some evidence that the people of what is now Alpine Northern Italy read with the Runes and some antiquarians argue that the Etruscans or even the Ancient Greeks knew the meanings long before they were used in the Northernmost lands.

Certainly the Runes were used as an alphabet just as ours is today but the Shamen or wise men of the tribe or group knew they were central to the arts they practised. Anxious people would consult the old wisdoms and have the past and present explained and the future laid before them.

Runecasters will generally use 24 stones or possibly 25, the extra one being blank. I use the additional one and if it is selected I interpret this to mean that the querent has more opportunity than is normally the case to change, grow and take a new direction. The actual names for the stones vary depending on whether the Runecaster favours the Nordic, Germanic or Celtic variety but they are close enough in name and symbolic meaning for this to be a minor issue in the overall scheme of things.

Arranged in three groups or Aetts (clans or tribes), most of the Runic symbols are based on earthy, primeval concepts. The societies in which they were revered and central to the culture largely lived closer to nature than we can imagine. A crop failure was likely to mean starvation, life expectancy was far lower than in or westernised, sanitised world today.
The people who used the alphabet symbols were focused fiercely on a lifestyle that is beyond our real understanding. They had much more down to earth, basic attitudes towards life, death, sex, etc.

It is worth taking a detailed look at the Os rune, symbolising as it does the God Odin.

Odin was very far from the benevolent forgiving deity that we associate with the Christian religion. He is usually depicted as a somewhat scruffy looking old man, wearing a dark cloak and a soft felt cap, maybe dark blue in colour, pulled across his face to try to disguise the fact hat he has only one eye! Legend tells us he sacrificed the eye to the God Mimir to gain wisdom but he may also have hung in agony on the cosmic tree Ygddrasil to prove he was immortal. He had the power to change shape into any animal and roam the countryside in these guises. However, it is in his human form he more commonly appeared at crossroads to strike terror into the hearts of lonely travellers often accompanied by two ravens and a wolf. He could raise the dead, calm the winds and make his enemies go blind and deaf but it is his cunning and trickery which mark him out in history. He would offer ‘deals’ to mortals which usually meant the bargaining of their souls, indeed some believe the tales of mortals being tricked into selling their souls to the Devil may originate with Odin.

How this Rune is interpreted is a story in itself but as with every stone, the interpretation is dependent on the context in which it appears and set against the other Runes selected.

As A Runecaster of many years experience, I am of the opinion that it is the very primeval, ancient and basic nature of the runes that has allowed the art of casting to survive in our modern technologically obsessed world. Deep within us all, there is a feeling, a desire to explore our inner selves and perhaps a belief that only by drawing on our collective past can we can really hope to move forward to our real future.


As a modern day Runecaster, I explain to those that consult me that there is no ‘magic’ in the stones, the only magic is within all of us. The Runes work with the two way participation between caster and client, a joining together of hearts and minds. The process works because the societies that used the Runic alphabet were so much more in tune with life, the earth and the world beyond. Their animals and the elements were almost a part of them in a way that our modern, gadget and technologically obsessed world could never comprehend. I see the Runes as a bunch of keys that open the door to a real world, away of learning about life and self. We all habitually have our eyes closed but in the time we see the Runes and read their message our eyes open. The stones contain knowledge, truths, even secrets and casting Runes is the most dramatic, emotional and passionate experience for the reader and hopefully, some of that feeling envelops the one for whom the caster works.

All it takes is belief in yourself.

For more information on the art of Runecasting, please contact me on: