Times change; attitudes change, and thank God they do. As writers and social reformers, George Bernard Shaw and Charles Dickens, used their writings to demonstrate the injustices targeted at women. The attitudes to women; those who had “fallen”.

How women were judged, in Victorian England, was a concern of both writers. Shaw wrote a play. MRS WARREN’S PROFESSION in 1894. It was banned from performance for twenty seven years, until the Lord Chamberlain considered that the public were safe from corruption.


When it was performed in New York in 1905 the whole cast and crew were arrested. 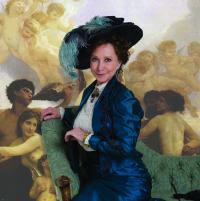 Felicity Kendal, plays Mrs Warren in a new production of Shaw’s play. Here’s what Felicity says in a recent interview with Natalie Hale.

Mrs Warren’s daughter, Vivie, has never really known much about her mother. A prim young woman, she has enjoyed a comfortable upbringing, a Cambridge education, a generous monthly allowance and now has ambitions to go into the Law.

Is it conceivable that all this privilege and respectability has been financed from the proceeds of the oldest profession?

How will Vivie react when she finds out the awful truth about her mother’s ill-gotten gains?

Shaw’s ultimate test of a mother-daughter relationship is one of his most witty and provocative plays, laying bare the rampant hypocrisy of Victorian society and its constrained morals.

“It’s a very political play actually, because Shaw was a very, very fierce socialist. Everything he wrote was influenced by his thinking.

“In a nutshell, he is arguing for equality for women and looking at why and how so many women in that period were forced into prostitution because of the society in which they lived.

“It’s also about the hypocrisy of how prostitution is very much accepted as a part of society but those involved in it are not accepted and are not respectable.

“It’s fascinating because we still have quite a few of those ideas about women. Certain things are still deemed respectable while other things are not.

“We judge people by what they do rather than who they are.

“It’s also about a relationship between a parent and a child. In this case it’s a mother, who’s a prostitute, and her daughter. But it could just well as be a drug dealer father and his son, and will the son accept how he has made his money.

“It’s a timeless piece actually with very contemporary arguments and questions being asked.”

The two strong women make a brief reconciliation when Mrs Warren explains her impoverished youth, which originally led her into prostitution. Vivie forgives her mother until learning that the highly profitable business remains in operation.
Shaw said he wrote the play "to draw attention to the truth that prostitution is caused, not by female depravity and male licentiousness, but simply by underpaying, undervaluing, and overworking women so shamefully that the poorest of them are forced to resort to prostitution to keep body and soul together."

In DOMBEY AND SON, Charles Dickens uses the character of Edith Granger, a beautiful young widow, to demonstrate the stark choices available to women. There were virtually no opportunities for women in Victorian England, to make their way in the world. They were stuck between two stifling lives; remaining single, or marriage. Edith is one of those women; her life has been devoted to attracting a suitable, preferably wealthy, husband. 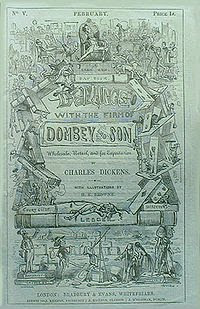 In a bitter exchange between Edith and her mother. Edith states her case and reveals exactly where Dickens is coming from. Despite her alluring beauty, Edith has little self esteem and no self respect. From her childhood, she has been trained in the art of attracting a husband.


“The very voice was changed, as it addressed Edith, when they were alone again.
'Why don't you tell me,' it said sharply, 'that he (Mr Dombey) is coming here to-morrow by appointment?'

'Because you know it,' returned Edith, 'Mother.'

The mocking emphasis she laid on that one word!

'You know he has bought me,' she resumed. 'Or that he will, to-morrow. He has considered of his bargain; he has shown it to his friend; he is even rather proud of it; he thinks that it will suit him, and may be had sufficiently cheap; and he will buy to-morrow. God, that I have lived for this, and that I feel it!'

Compress into one handsome face the conscious self-abasement, and the burning indignation of a hundred women, strong in passion and in pride; and there it hid itself with two white shuddering arms.

'What do you mean?' returned the angry mother. 'Haven't you from a child - '

'A child!' said Edith, looking at her, 'when was I a child? What childhood did you ever leave to me? I was a woman - artful, designing, mercenary, laying snares for men - before I knew myself, or you, or even understood the base and wretched aim of every new display I learnt. You gave birth to a woman. Look upon her. She is in her pride tonight'

And as she spoke, she struck her hand upon her beautiful bosom, as though she would have beaten down herself.

'Look at me,' she said, 'who have never known what it is to have an honest heart, and love. Look at me, taught to scheme and plot when children play; and married in my youth - an old age of design - to one for whom I had no feeling but indifference. Look at me, whom he left a widow, dying before his inheritance descended to him - a judgment on you! well deserved! - and tell me what has been my life for ten years since.'

'We have been making every effort to endeavour to secure to you a good establishment,' rejoined her mother. 'That has been your life. And now you have got it.'“ 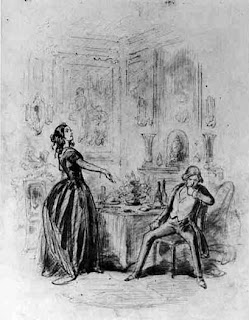 “'There is no slave in a market: there is no horse in a fair: so shown and offered and examined and paraded, Mother, as I have been, for ten shameful years,' cried Edith, with a burning brow, and the same bitter emphasis on the one word.

'Is it not so? Have I been made the bye-word of all kinds of men? Have fools, have profligates, have boys, have dotards, dangled after me, and one by one rejected me, and fallen off, because you were too plain with all your cunning: yes, and too true, with all those false pretences: until we have almost come to be notorious? The licence of look and touch,' she said, with flashing eyes, 'have I submitted to it, in half the places of resort upon the map of England? Have I been hawked and vended here and there, until the last grain of self-respect is dead within me, and I loathe myself? Has this been my late childhood? I had none before. Do not tell me that I had, tonight of all nights in my life!'

'You might have been well married,' said her mother, 'twenty times at least, Edith, if you had given encouragement enough.'

'No! Who takes me, refuse that I am, and as I well deserve to be,' she answered, raising her head, and trembling in her energy of shame and stormy pride, 'shall take me, as this man does, with no art of mine put forth to lure him. He sees me at the auction, and he thinks it well to buy me. Let him! When he came to view me - perhaps to bid - he required to see the roll of my accomplishments. I gave it to him. When he would have me show one of them, to justify his purchase to his men, I require of him to say which he demands, and I exhibit it. I will do no more. He makes the purchase of his own will, and with his own sense of its worth, and the power of his money; and I hope it may never disappoint him. I have not vaunted and pressed the bargain; neither have you, so far as I have been able to prevent you.’ “

So, as I said earlier, thank God attitudes have changed. Women do have choices. They can marry and have careers. They can have careers and have children. Or they can remain single. Whether the wonderful Billie Piper, as Belle du Jour, is a call girl, an escort or a prostitute; she celebrates herself. She still sells herself, but it is her choice. There will still be those who judge her; but the glorious Belle simply doesn’t care.
Posted by billierosie at 07:45