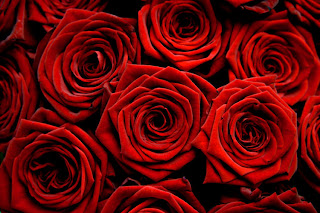 I watch the Crime and Investigation channel a lot. I guess it is my way of keeping in touch with the wider world, often a world I know nothing about. Oh, I watch the news and I am alert as to what is going on in the Middle East and the Far East. I watched events unfolding in the “Arab Spring”, starting with the suicide of one disenfranchised man, in Tunisia, moving across the Arab world to Libya, where Colonel Gaddafi was killed and into Syria, where once again the abuse of human rights were highlighted. I pretty much keep in touch with what is going on in my own country.
I listen to politicians talking about “The War on Terror”.
But it is the little human tales that get to me. I watched one unfold the other night, on CI. The tale of a Canadian woman, Louise Gallagher.

“What do you do when your charming knight on a white horse turns out to be Satan in a tuxedo?


“Louise Gallagher of Calgary wasn’t even looking for a relationship. A 45-year-old partner in a corporate communications firm, she was a busy professional raising two teenage daughters when a charming, impeccably dressed man walked into her office and into her life. "Have we met before?" asked Louise, smiling and extending her hand to this potential new client. Locking eyes with hers, he gave a butter-smooth reply: "If we had met before, I’d never have let you go."

“Louise didn't fall for the corny line. But he was compelling and magnetic nonetheless, and eventually she began a relationship with this man, who turned out to be a master of deception. Over the next four years Louise would be conned out of her home, her car, her job – the losses totalling $250,000 – and even her daughters.

“At this point you are probably thinking, 'That could never happen to me'. You’re too sharp to fall prey to a man posing as a romantic partner to dupe you into sex, con you out of money or take pleasure in watching you flail helplessly in his elaborately spun web of lies – aren’t you?

“In truth, we're all vulnerable to any manner of con.


“Louise Gallagher thought she was too savvy to fall for a pickup artist. But Peter (not his real name) was persistent. He sent massive bouquets of flowers to Louise's office. He gave her a beautifully framed photograph of herself at a business function. He called her twice a day. Finally she agreed to meet him for dinner. Peter, co-owner of a company that made replicas of exotic cars, oozed charisma. "He kept telling me I was so talented, so perfect," Louise says. "I pushed my intuition aside because I wanted to believe that someone thought I was amazing."

“Within two weeks Peter proposed. "Whoa! I’m not prepared to do that!" she replied. “That's when he told her about his life-threatening heart condition. Louise was sceptical, but over the next few weeks she noticed increasing "episodes" where he seemed to be short of breath. Then one day he called in a shaky voice to say he was in a California hospital on life support.

“Eventually Peter was arrested and convicted on unrelated charges of fraud, harassment and assault. But after violating his conditional sentence, he persuaded Louise to leave the province with him. Peter took her to Maple Ridge, B.C., where they hid out for three months before the RCMP tracked him down. He served time until August 2006, when he was released. His whereabouts today aren't known.

“Louise now realizes this master manipulator duped not only herself, but also another woman. Today, Louise has resumed her career and a normal family life. She's also dating again. But her financial losses total a staggering quarter-of-a-million dollars. At least she can say, "He has no hold over me anymore."

Romantic fraud is insidious because it breaches the most intimate kind of trust. Perpetrators are remorseless psychopaths who may fabricate an entirely fictitious persona, lying about their background, profession, income, health or marital status. They generally profess an all-consuming love for the ones they dupe that is entirely manufactured, leaving a trail of broken hearts and shattered lives. And it isn’t just women who are duped. I know of some dear sweet men who have been on the receiving end of this sort of vile behaviour too.
Posted by billierosie at 03:28