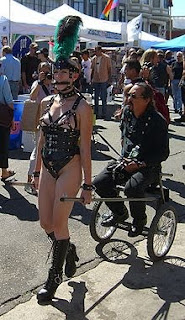 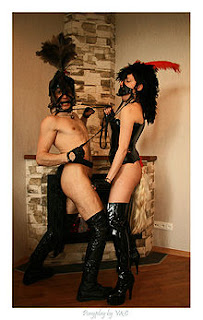 The origins of animal role-play and pet-play are probably various and diverse, again depending upon the participants involved. However, its origins are certainly influenced by costuming, fiction, myth and legend, role-play and psychodrama in their various aspects. The first commercial manifestation of this fetish was created by Simon Benson the founder of the Petgirls.com website. 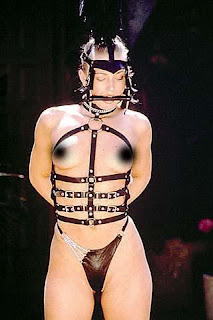 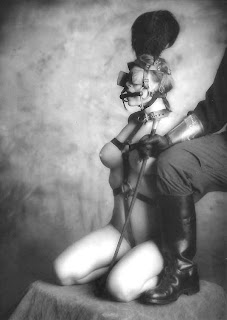 
The reasons for playing such a character or animal can vary as much as the actual physical manifestations and intensity of the play. Some people enjoy being able to "cut loose" into a different, or more dynamic personality (e.g., Were-creatures or Catgirls; see other variations). In some cases, pet play is seen as a loving, quiet cuddling time where there is no need for verbalizations and the simple act of stroking, rubbing and holding the other partner is satisfying or reassuring in and of itself for those involved. For others, there may be a spiritual side to it. Some feel closer to their animal totem, while others may identify with something akin to a deeper side or part of their own psyche (see: Therianthropy). For still others, there is the experience of power exchange set up in a context or structure which they can accept. Clearly, again, it depends on the people involved and what they bring to it or take from it.


Pony-play is sometimes referred to as "The Aristotelian Perversion," in reference to legend that Aristotle had a penchant for being ridden like a horse. Ponies (people involved in pony-play) generally divide themselves to three groups although some will participate in two or perhaps all three:


Cart ponies: ponies who pull a sulky with their owner.

Riding ponies: ponies who are ridden, either on all fours or on two legs, with the "rider" on the shoulders of the "pony" (also known as Shoulder riding). Note that a human back is generally not strong enough to take the weight of another adult without risk of injury, so four-legged "riding" is generally symbolic, with the "rider" taking most of their weight on their own legs.

Show ponies: ponies who show off their dressage skills and often wear elaborate harnesses, plumes and so on.


It should be pointed out that each type of play can focus on a certain "strength" of an animal character. Pony play often involves the practice and training that a horse owner or trainer would put their horse through to learn how to walk, canter, etc., as modified for human limbs. Puppy play often can involve BDSM related discipline. Cow Play often involves fantasies of lactation and impregnation. The usual limits of safe, sane and consensual apply to role-play as much as any other activity between humans who accept and respect their partner's interests and limits. For most, this does not include bestiality.

“Trigger, The Human Equine is an interesting character. His dream is to live 24/7/365 as a horse and it looks as though that dream is coming true. To each his own. I do enjoy being human most of the time. It makes those trips into pony head space so much more special for me. Nothing is more boring to me than being hitched to a post and left to wait while my trainer is working with another pony. I don't resent it and I'm not jealous of the attention at all, it's just not very entertaining unless someone is grooming me, petting me, feeding me a treat or otherwise giving me something to focus on. I'm most likely to misbehave when I'm bored. Ponies are high-maintenance creatures! I can't imagine living 24/7 as a pony, but that's me.

Check out Equus Eroticus for further information and events.

I shall be cross posting this to Frequently Felt