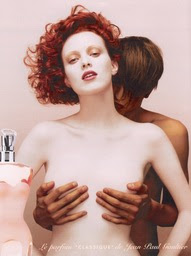 Yes, I’ve stolen the title from Mike Leigh’s great film. It seemed appropriate. If you haven’t seen it -- you really should.

Infidelity; Integrity. Two little words packed with meaning. We all like to think that we behave in an honourable manner; but often we don’t. We all have stories to tell, of friends who have broken the code of honour. We may even be guilty ourselves of behaviour, that is often despicable; lying, cheating. Carefully laid out plans, that are a calculated means to an end; folk who get what they want, by any means possible. We hold onto their secrets with them. Never dreaming of telling. The emotional and often, financial, fall out would be too great.

Long ago now, a friend of mine -- let’s call her Susan -- had an affair. Not a one night stand, not a quick fumble, a full blown, falling in love, the love of her life affair. Susan, was married to Edmund. They’d been trying hard to get pregnant; but no babies came. They stopped sleeping together, the emotional trauma of constant disappointment was too much to bear.

Susan had known David a long time. He was a colleague of Edmund’s. I don’t know when their secret liaisons started, but it seemed everyone knew, except Edmund. Susan’s co-workers had noticed the lingering glances, the brush of the hands. Perhaps Edmund didn’t want to notice. Perhaps he didn’t care. Perhaps he really was oblivious…perhaps….perhaps.

Then, it happened, Susan was pregnant. What did she do? Confess all to Edmund? No, she started sleeping with Edmund again. Edmund was delighted that they had at last conceived. They would move to a bigger house more suited to children. They started talking about having a large family. A place filled with children. At least Edmund did. Susan was having a difficult pregnancy; she vowed that she would never become pregnant again.

Then an opportunity occurred. A job for Edmund on the other side of the world. Emigration. They left and have never been back. To this day, thirty years on, Edmund believes his son is his. I don’t think it has occurred to him otherwise. They did try for more babies, but the babies didn’t happen. Susan’s body has had every investigative procedure known put upon it. She’s had her tubes blown out, she’s had her hormones tested. She can’t for a moment allow Edmund to think that the babies don’t come because of a problem with his sperm count. And Edmund has never thought to have his sperm count checked. Susan has convinced him that the problem is hers. The results of all the procedures? Of course, there is no reason why Susan cannot become pregnant. She did before and she could again.

The doctors put it down to stress.


Again, rewinding thirty years or so. I’d known Gillian a long time; since we were kids. Then we lost touch. I bumped into her at an antiques fair. She was holding the most adorable, tiny baby girl wrapped in a white lace shawl. Gillian with her huge dark eyes, porcelain skin and long dark hair. They made a beautiful image, mother and daughter.

We drank tea from paper cups. Gillian told me she’d been desperate for a child. She’d reached twenty seven. A series of failed relationships. And no partner, no baby. Gillian made a list of what she wanted from a father. He must be handsome, intelligent and healthy; preferably a sportsman. Money didn’t matter; the father would never know her secret.

Gillian found her ideal candidate. Nigel was a lawyer, extremely good looking and he played Rugby football. She’d found her ideal man and she set about seducing him. A few drinks at a party, stuff happens. And Gillian discovered that she was pregnant.

She never told Nigel, and as he left the area soon afterwards, he never knew. Gillian was financially secure; she would cope.

I'll be cross posting this to Frequently Felt.
Posted by billierosie at 03:42