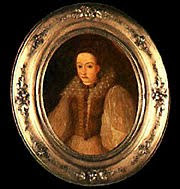 Countess Elizabeth Báthory de Ecsed (Alžbeta Bátoriová in Slovak, Báthory Erzsébet in Hungarian, 7 August 1560 – 21 August 1614) was a countess from the renowned Báthory family. Although in modern times she has been labelled the most prolific female serial killer in history, evidence of her alleged crimes is scant and her guilt is debated. She is nevertheless remembered as the "Blood Countess" or "Bloody Lady of Čachtice", after the castle near Trenčín in Slovakia (formerly the Kingdom of Hungary) where she spent most of her adult life.

She has been the inspiration for horror films, and has been the force behind numerous stories during the eighteenth and 19th centuries. The most common motif of these works was that of the countess bathing in her victims' blood, in order to retain beauty or youth.


This legend appeared in print for the first time in 1729, in the Jesuit scholar László Turóczi’s Tragica Historia, the first written account of the Báthory case. At the beginning of the 19th century, this certainty was questioned, and sadistic pleasure was considered a far more plausible motive for Elizabeth Báthory's crimes. In 1817, the witness accounts (which had surfaced in 1765) were published for the first time, suggesting that the bloodbaths were legend.

The legend nonetheless persisted in the popular imagination. Some versions of the story were told with the purpose of denouncing female vanity, while other versions aimed to entertain or thrill their audience.

But what of her life, her real life? What do we actually know about the Countess? Elizabeth was engaged to Ferenc Nádasdy, in what was probably a political arrangement within the circles of the aristocracy. The couple married on 8 May 1575, in the little palace of Varannó. There were approximately 4,500 guests at the wedding. Elizabeth moved to Nádasdy Castle in Sárvár and spent much time on her own, while her husband studied in Vienna. 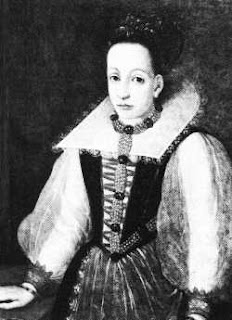 There was considerable intermarriage amongst the Báthory family, with some of the usual problems of this practice produced as a result. Unfortunately, beyond the 'usual problems' some extraordinary difficulties arose (namely hideous psychoses) and several "evil geniuses" appeared, the notorious and sadistic Elizabeth, the most prominent of them.


But she was an intelligent, educated woman who could read and write in four languages. There were several instances where she intervened on behalf of destitute women, including a woman whose husband was captured by the Turks and a woman whose daughter was raped and impregnated.


In 1585, Elizabeth gave birth to a daughter, Anna. A second daughter, Ursula, and her first son, Andrew, both died at an early age. After this, Elizabeth had three more children, Katherine (born in 1594), Paul (born around 1597) and Miklós. All of her children were cared for by governesses as Elizabeth had been.


Elizabeth's husband died in 1604 at the age of 47, reportedly due to an injury sustained in battle. The couple had been married for 29 years.

After her husband's death, the Countess, and four collaborators were accused of torturing and killing hundreds of girls and young women, with one witness attributing to them over 600 victims, though the number for which they were convicted was 80.


Between 1602 and 1604, Lutheran minister István Magyari complained about atrocities both publicly and with the court in Vienna, after rumours had spread.


The Hungarian authorities took some time to respond to Magyari's complaints. Finally, in 1610, King Matthias assigned György Thurzo, the Palatine of Hungary, to investigate. Thurzo ordered two notaries to collect evidence in March 1610. Even before obtaining the results, Thurzó debated further proceedings with Elizabeth's son Paul and two of her sons-in-law. A trial and execution would have caused a public scandal and disgraced a noble and influential family (which at the time ruled Transylvania), and Elizabeth's considerable property would have been seized by the crown. Thurzo, along with Paul and her two sons-in-law, originally planned for Elizabeth to be spirited away to a nunnery, but as accounts of her murder of the daughters of lesser nobility spread, it was agreed that Elizabeth Báthory should be kept under strict house arrest, but that further punishment should be avoided. 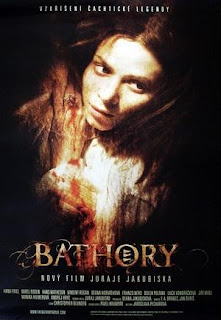 Elizabeth herself was neither tried nor convicted. In 1610, however, she was imprisoned in the Čachtice Castle, where she remained bricked in a set of rooms until her death four years later.


In 1610 and 1611, the notaries collected testimony from more than 300 witnesses. The trial records include the testimony of the four defendants, as well as thirteen witnesses. Priests, noblemen and commoners were questioned. Witnesses included the castellan and other personnel of Sárvár castle.


According to all this testimony, her initial victims were the adolescent daughters of local peasants, many of whom were lured to Čachtice by offers of well-paid work as maidservants in the castle. Later, she is said to have begun to kill daughters of the lesser gentry, who were sent to her gynaeceum by their parents to learn courtly etiquette. Abductions were said to have occurred as well.


The descriptions of torture that emerged during the trials were often based on hearsay. The atrocities described most consistently included:

burning or mutilation of hands, sometimes also of faces and genitalia


biting the flesh off the faces, arms and other bodily parts.

The use of needles was also mentioned by the collaborators in court.

Some witnesses named relatives who died while at the gynaeceum. Others reported having seen traces of torture on dead bodies, some of which were buried in graveyards,

Later writings about the case have led to legendary accounts of the Countess bathing in the blood of virgins in order to retain her youth and subsequently also to comparisons with Vlad III the Impaler of Wallachia, on whom the fictional Count Dracula is partly based, and to modern nicknames of the Blood Countess and Countess Dracula.

The truth of whether she was a model for the Count will remain known only to Stoker, but certainly in the years since Dracula was published, the Blood Countess has exercised a powerful fascination on many writers and film-makers.
Posted by billierosie at 07:28