Once I Was A Soldier by Daniel Kemp 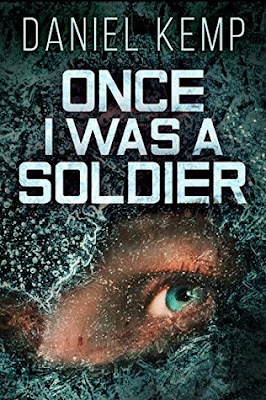 This is a thriller of the highest quality. I’ve made the comparison between John le Carre and Daniel Kemp before. Both of these writers have agile, creative minds and both are experts in their chosen fields of espionage and the politics of the era.

The theme of Once I was a Soldier is power. People crave power, even if they already have it, they are greedy and want more. Those in power are afraid of losing it and guard it jealously.

The novel opens with an abuse of power. Melissa Iverson has inherited a vast fortune. Her lawyer reads her the contents of her Father’s Will. Her Father has made provisions for his two elderly, much loved servants, leaving them a house in which to live out their days. But the clause isn’t water tight and Melissa demands that the elderly couple are thrown out of their home immediately. This abuse of power drives the narrative.

This is some of the finest erotica I’ve read. The writer lulls the reader into believing that sex and wealth are so high on the agenda that we are reading a narrative that lures us into the sexually determined world of Jackie Collins, or Shirley Conran.

And neither is this Agatha Christie, there’s no room for Miss Marple here. There is a change of mood and pace that is shocking. We stumble into a gritty, dark world...the characters with whom we thought were safe and dependable are not what they have seemed. Who are their masters? Who truly, ultimately has power? We don’t know and for the most part we never find out, we can only guess. but the final pages bring us back to the narrative...it is shocking, leaving us in no doubt that evil really does exist.

If you like your reading to be challenging, if you like the mystery of where Daniel Kemp is taking you..be warned, Once I was a Soldier is disturbing, but you will enjoy the journey.

Here is Danny Kemp's Amazon Author Page where you can browse Danny's books and read more about Danny, the writer.