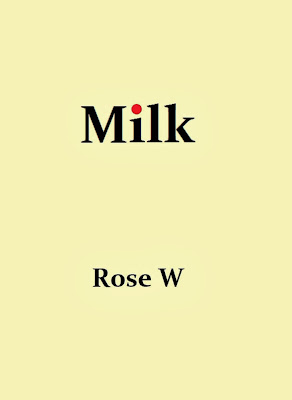 There were six of us in the maternity ward, but only four babies. I was in a bed next to the door, with a woman called Tracy on my left and a woman called Faith opposite. Tracy’s son Ashley was with Michael, upstairs in the Special Care Baby Unit. She’d had a caesarian, and wasn’t supposed to climb the stairs, so we went up in the lift together, wearing dressing gowns over our pyjamas. She had to hold onto the rail, looking weak and pale.

Our babies were in aquariums, with tubes up their noses, like small mauve creatures at the zoo. We were allowed to reach in though a hole in the side, ‘to hold hands’, which meant that we could extend a finger for the baby to hold. Ashley obligingly wrapped his tiny hand around Tracy’s fingers, but Michael just lay there, no matter how many hints I dropped by nudging his palm with a fingertip.

We had to continue to express milk, too. Tracy squirted white jets into the funny contraption, but I was about as good at it as Michael was at holding hands, dribbling only a meagre trickle into the bottle, but at least it looked like a bit more like proper milk, and not the yellow stuff. We laughed about it together. I said I’d never make a dairy cow, and she asked me what I thought of her udders. However, pretending that the little bottles were cocktails, and clinking them together, changed my life.

“Cheers,” said Tracy.
“Cheers.” I wasn’t paying attention, so I didn’t see whether Tracy drank any from her bottle, but the sip I took from mine was like my first square of chocolate all over again. “Bloody hell.”
“What’s the matter?”
“Nothing.” With my insides quivering, I looked at the puddle that was left in the bottom of the bottle.
“Come off it. That looks like nothing the way Kylie Minogue looks like Dolly Parton.”

I glanced at Michael in his aquarium, and downed the rest of the milk. It was sweet and slippery, and it didn’t taste any more like cow’s milk than bitter chocolate tasted like the horrible carob stuff from the health food shop.

Tracy was aghast, seemingly talking with her mouth wide open. “What did you just do?”
I licked my upper lip. “Nothing.”
Tracy laughed. “You just drank all the milk you expressed.”
I looked into the top of the bottle, wondering if I could get my tongue inside to lick out what was left. “There wasn’t very much, anyway.”

She laughed again, and held out her little bottle. “Do you want a swig of mine?” She might have been joking, but I didn’t care. She still looked amused as I took the bottle from her. Her milk tasted different, but just as delicious, the way Dagoba doesn’t taste the same as Green and Black’s, and I got the same quivery feeling inside.
“Jesus, Jan.”
If the nurse hadn’t turned up to see how we were getting on, I’d have drunk the rest. “How are we doing, ladies?”

Recovering my composure, I held up the two bottles and busked it. “We were just comparing notes. Tracy’s not doing too badly, but I’ve hardly managed to wet the inside of mine.”

Tracy sniggered as I handed her bottle back to her. There was milk still beading her nipples, like tiny white pearls, but she didn’t get to express any more, because the nurse took the bottles from us. When we were on our own again, Tracy asked, “What was that about?”
“What was what about?”
“You and the milk.”
“It’s to die for.”

Tracy squeezed a few drops from her nipple onto her finger, and licked it. “Don’t see it myself.” She repeated the action on the other nipple and held her finger out for me. “Here. You have it.”
I sucked the milk from Tracy’s fingertip. There wasn’t much of it, but it was still worth having. I tried squeezing my own nipples, but they didn’t even ooze.

When we went back down to the ward, Faith was trying to feed her baby, but the milk squirted everywhere whenever the baby took its mouth from the nipple. Tracy caught my eye and shook her head, as if she’d read my mind.

The other four had regular visits from their partners, but Tracy seemed to be as much on her own as I was. I didn’t like to ask, so I was quite pleased when she brought the subject up. “Aren’t you married?” she asked. “You look respectable.”

“I’m a maths teacher, so I suppose that makes me respectable, and I’m theoretically married, though my husband ran off with another woman six months ago.”

“The bastard.” That was starting to look like a consensus. “Is it his?”
“Yes. Of course.”
“And he still hasn’t come to visit?”
“He’s in Australia, working. Presumably on his way back by now. I wasn’t due for another fortnight. He had intended to be here. What about you?”

Tracy shrugged. “I don’t know where he is, and he didn’t know I was pregnant. He’d probably be a useless dad, anyway.”

The next time we went upstairs to express milk, I didn’t even manage a single drop. I tried for about ten minutes, but all that happened was that my nipples swelled. Tracy managed almost an entire bottleful, and she obviously saw me staring at it. “Do you really like it?”

I nodded, speechless, afraid to ask.
I didn’t have to. “Here. Just don’t drink it all. Leave some for Ashley.”

Hoping it wasn’t a tease, I reached out for the bottle, hardly believing she was handing it to me. Leaving some for Ashley was one of the hardest things I’d ever had to do, but I managed to limit myself to less than half. “Bloody hell, Tracy. That is so delicious. Thank you. I’d never have believed it would taste like that.”
Tracy laughed as she took the bottle back from me. “Lucky thing you’ve got a friend like me then, since you don’t seem to be able to deliver the goods yourself.” She applied the pump to her nipple, and more milk squirted into the bottle.

“You don’t mind?”
She laughed again. “Course not. I think it’s funny.”


"Post Mortem" a debut story from Rose is at Amazon UK and Amazon US
Posted by billierosie at 03:39