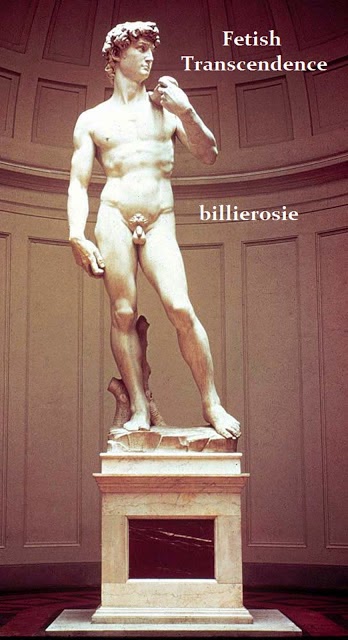 (CH) Can you describe your book in one sentence?


(CH) What was your favorite chapter (or part) to write and why?


(BR) Oh, definitely the first story in the collection! “Security” is about a security guard in an exclusive department store in London. Freddie, has his own unique form of justice for the shoplifters whom he catches stealing from his posh store. There is one thief who has always eluded the security guards of London’s West End. They’ve named her “the Shadow” and Freddie would love to catch her. This tale first appeared in Sizzler’s “London” anthology – and it’s my favourite story because I was writing about a part of London I know well. Freddie’s depravity helped too – of course!

(CH) For those who might consider reading your book, what would you tell them to expect?

(BR) Well, lots of sex. I hope that they will enjoy my tales – I think that some of the stories will amuse, will certainly bring a smile to their faces. I think that quite a few readers will identify with the characters I’ve created – I’m thinking of two brand new stories here, right at the end of the collection – “The Diary” and “Anastasia,” the protagonist is a woman on the receiving end of a man exerting absolute power and control over her – it’s a situation that I can identify with – I think that some of my readers will too. Maybe not to the extent of the character in my story, but enough to have a resonance of how power and control manifests. And I think that some readers will identify with the character in another way -- the woman in the story is turned on by her situation. Being controlled sexually is, even humiliated sexually, is a fetish for many men and women.

(CH) Do you have any advice for aspiring writers?

(CH) What made you want to write erotica?

(BR) I’ve always loved Romance novels…I think that the Victorian writers first introduced me to the genre -- Charlotte, Emily and Anne Bronte, I love their work. And more than that, I love their bad boy heroes. Rochester, Heathcliffe and Anne Bronte’s hero, Gilbert Markham. Men who know what they want, and get it, creating the rules as they go. After university, I fell into reading 21st century Romance novels, but they dissatisfied me. I wanted men, and women who are not afraid to be different as to how they express their sexuality. I read a Mills and Boon writer, Samantha Hunter, who was not afraid to call a cock a cock and I realised that there was a whole genre of Romance that I was missing out on. I Googled Erotica – and wow, it was like coming home! I read and read as fast as the post woman could deliver them – I discovered what I liked to read – power exchanges, particularly sexual power exchanges.

Through those books, there was one writer who stood out – M.Christian. I checked out his blog and emailed him about one of his books. He responded, and we’ve been friends ever since. In fact, it was Chris who first encouraged me to write Erotica and he published my first story on his blog. Chris’ work is one of the reasons why I hate 50 Shades so much. There have been so many great writers of Erotica over the years. Not just Chris; there’s Patrick Califia, N.T.Morley…check out his Master/slave anthology, Kristina Wright, her short story, “In the Stacks” blew me away – there’s so many of them and they’ve never really gained much recognition. People who think that E.LJames’ silly book is Erotica should read some real Erotica – where the characters accept their sexual orientation as something special, not something to be “cured”.

And I am not talking about my books, before “Anon” begins penning hate-mail to my blog -- there’s some really great Erotica out there and you don’t have to do a lot of leg work to find it.Just do as I did; type “Erotica” into your favourite search engine and be amazed. But I was talking about 50 Shades; E.L James’ heroine, by the end of the first book, is determined to cure Christian Grey of his Fetish – I don’t know whether she succeeds; the book actually bored me, particularly that turgid contract, which has been duplicated from Leopold von Sacher-Masoch’s Venus in Furs, published in 1870. I never got beyond the first book of 50 Shades, one book of drivel is as much as I can take. I think that the reason for E.L.James’ success is her background in marketing – ‘it’s not what you know, but who you know.’


(CH) Where do you get your ideas/inspiration for your writing?


(BR) Everywhere! Stories in the media; magazines, newspapers, television. You see power exchanges everywhere. But sometimes I just think, “what if?” What if a couple, who have been married for years are bored with their sex lives? This was the basis for my short story “Dissonance”. The husband tells his wife that he feels suffocated by the dull routine they have slipped in to. And their dialogue is what tells the story – it’s a free read on Twitter.


(BR) A disorganised mess. You’d think with all the sophisticated systems we’ve got these days – files that we can access with a click of the mouse, I’d have everything in order in my Desktop. But not so…I create files, then forget what I’ve called them. But what adds to the disorganisation is that I write things down on pieces of paper. It might be a quote, or a phrase, or an idea – but when I want to get my hands on something, it’s nearly impossible, because of the piles of junk I have to go through.


I’d like to be able to tell you that everything is immaculate at my work station, but it is not, my work station looks like something out of the TV show, Storage Wars!

(CH) We see you on Twitter a lot – some of your Tweets talk about writing to arouse -- are you teasing future readers? Are you hoping that your readers will be turned on?

(BR) Oh, it’s absolutely true – I do write to arouse and yes, I am teasing too. I found out, when I was reading Romance and when I discovered Erotica, I found out what turned me on. And I realised that if I can identify with a writer in that way, well it must be something that other readers want as well. But I’m still learning – I’ve only been a published writer for about 5 years and I’ve got a lot to learn – I don’t think I’ll ever stop learning, and wanting to learn.


(CH) So, do you get turned on by your stories?


Yes, I do! I get very excited too, when I can feel that a story is going really well. Writing Erotica, for me, is about embracing my own kinks and dark, very dark sometimes, desires. Even as a small child, I could relate to masochistic ideas; my first fantasy was about being spanked, hard. I remember watching an old black and white film; I must have been about 8 or 9. I cannot recall the title, but it’s a cowboy western with John Wayne pursuing Maureen O’ Hara around the town. When he catches her, he puts her over his knee and spanks her. That was my first experience of sexual arousal and I would fantasise about being spanked at night when I was in my bed. And there’s an Elvis Presley film, Blue Hawaii, where Elvis puts a spoilt woman over his knee and spanks her. I was a teen when I saw that film and the spanking scene really did turn me on.


(CH) Do you think it is necessary for an Erotica writer to be turned on by the events in a story?

(BR) Well, I can’t speak for anyone else, but my own arousal informs my writing. I think that if I didn’t get turned on, my writing would lack authenticity and my readers would see through me and know that I was a fake.

(CH) In your Female Domination tales, where are you in the stories? Your writing is often brutal; the men in the tales are completely turned on by the pain and humiliation. Are you the woman wielding the whip?

(BR) No, I am writing from the submissive’s point of view. That is me in the story being punished and begging for release. Being controlled sexually, like being forbidden orgasm, is a big turn on for a lot of people – men and women.

(CH)Anything you want to say to your readers?

Here’s a review from lovely Dark Scribe at Amazon.

"This was my first read of a book by Billierosie, and armed with the knowledge that this lady pulls no punches I dived in! Each of the stories touch on edgy eroticism, blurring the lines in one or two places in a roller-coaster of a read. For those of you that like your fetish to be dark and dangerous you will LOVE this collection, and I would mark it down as a definite read as soon as you can! It's quirky, riveting, addictive and typical of the lady herself; VERY naughty!!"

Where to find billierosie's books:

Fetish Transcendence (a collection of explicit erotica) is at Amazon U.K in paperback and as an eread. at Amazon U.S.


Memoirs of a Sex Slave; the confessions of a submissive woman is at Amazon U.K;and at Amazon U.S.


Enslaving Eli, (A Fem/Dom tale) is at Amazon U.K. as an eread and in paperback.And at Amazon U.S

Rebellious Slave is at Amazon UK as an eread and in paperback. And at Amazon U.S.
Posted by billierosie at 03:49