HIV; IS COMPLACENCY KILLING US? 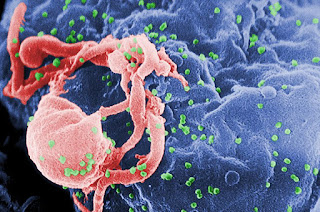 Most mornings I watch a television talk show; The Wright Stuff. It’s hosted by Matthew Wright, a journalist. It’s the usual sort of format; Matthew has three guests and they talk about various topical issues. Then, viewers are invited to phone in. Last week the topic was HIV: Is complacency killing us?

Here’s how Matthew introduced the issue.

“Following a sharp rise in the number of men infected with HIV I’m asking if we’ve become too complacent for our good? Do we need more billboards warning us not to die of ignorance as we had in the 80s? Or is the problem more complicated: maybe medical advances mean we no longer perceive HIV infection as a death sentence? Either way is our complacency bad news?”


Part of our complacency seems to arise from the treatments that are in 2012 available. To be HIV Positive, is no longer a death sentence. Even with such a diagnosis, people with the virus can live well into their 70’s. Thousands of men and women with HIV in the UK, US and across the world are heading into an old age they never expected to see.

There are record numbers of Gay men being diagnosed with HIV. 1 in 4 men don’t know that they’ve got the virus. There are over 100,000 people in the UK with HIV.

Some cases were diagnosed years ago. Some are people who have been diagnosed late, having lived for years without knowing they were infected. And many people are now becoming infected later in life.

So people are still being diagnosed as HIV Positive and not only the people in the high risk groups; the black African community and men who have sex with men.

“Laura is a white, heterosexual, divorced mother of two. At the age of 52 she started a new relationship and then suddenly became ill. Because her symptoms were similar to those of a friend who had been diagnosed with HIV, she took a test. When she was told it was positive, she felt numbness and shock, she said. She cannot believe, as a well-educated person, that she stopped using condoms with her partner and allowed it to happen.”

And on The Wright Stuff show, Julie phoned in. She is a woman, in her 40’s and some years previously, had been date raped. She started to experience illnesses, some severe, some not so problematic. Julie was misdiagnosed for 7 years, until finally, she was told that she was HIV Positive. Julie had many blood tests, but was never screened for HIV. She has passed the virus on to a previous male partner, who in turn has passed the virus on to a female partner. I believe that Julia has also infected her current partner. Julie says that ordinary doctors, GP’s in the UK, are clueless about HIV and need to be more aware. Had she been diagnosed earlier, her immune system would be stronger.

This point was picked up by Genevieve Edwards, who was in Matthew Wright’s audience representing the Terrence Higgins Trust.

“Every day someone dies, because they didn’t get diagnosed early enough. Their immune systems are damaged and weakened. Their immune systems pull back but never fully recover.”
Genevieve says that we are missing opportunities. The young should be taught that safe sex isn’t just about pregnancy.

Penny Smith, a TV presenter and journalist, was on Matthew Wright’s panel, she said;

“It is simply that men don’t like using condoms.”

Perhaps she has a point, but women have to take responsibility too. How about telling the guy “No, not without protection!” Difficult in the heady heat of the moment, but it’s better than dying -- isn’t it?

The figures quoted always seem to be about Gay and Bisexual men and the black community -- the perception being, that if you don’t fall into that category, you’re okay.

Genevieve Edwards, from Terrence Higgins, says that we all need to be more aware of what we are doing. Sound advice.
Posted by billierosie at 03:09