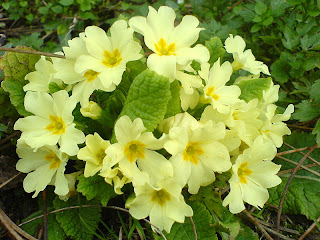 A while back, I wrote a story; “Will you be my Mommy?” It’s in my Fetish Worship collection. The tale explores the fetish of Infantilism. I talked about the despair and isolation that I imagine having such a fetish can be -- the feeling of being the only person in the world who feels like that. Of having no-one to communicate with. The shame of being found out; of being laughed and sneered at. I think I struck the right tone -- going on the comments I’ve had on my story. So I followed it up with another story; “I’m sorry Mommy!” where I explore further the deepening sexual and the intensely emotional relationship between my two protagonists. I introduced lactation fetish -- a desire to suckle and drink milk from a woman’s breast. The two seemed to fit together. And there were more excited comments.

“Paraphilic Infantilism is also known as autoepiophilia , or adult baby syndrome and it involves role playing and regressing to an infant like state. Behaviours may include drinking from a bottle, or wearing diapers. Those involved in the role play can engage in gentle, nurturing experiences; an adult who only engages in an infantilistic play is known as an adult baby. Others may be attracted to wearing diapers; the Infantilist may urinate or defecate in them. Some may want to be punished and be attracted to masochistic, coercive, punishing or humiliating experiences. As with a lot of BDSM role play, it is the one receiving the punishment, or the humiliation -- it is he or she who actually controls the way the scenario is played.

“It seems that little research has been done on the subject of Infantilism. It has been linked to masochism and a variety of other paraphilia. It has been confused with paedophilia but the two conditions are distinct and infantalists  do not seek children as sexual partners.”
WIKI

I talked with my friend, Fulani the writer, about Infantilism. Here is what Fulani suggests;

“From the brief chats I’ve had the motivation is usually around the need for a mother figure who will look after the adult baby’s life and make the world feel ‘safe’ -- though obviously since we’re talking about adults it’s sexualised as well though this is more often expressed through spanking/smacking. And some, though not all, adult babies go all the way back to the idea of being able to do absolutely anything in their playpen or cot including soil their nappies. One or two of the adult babies I’ve met talk about it as being a refuge from stressed business jobs, though one or two others don’t make that link, had normal upbringings as far as they know and just feel that need for continued babyhood for no reason that they can articulate. But then I don’t think I can articulate my fetishes either, so I’m in no position to look down my nose at them! In some ways the more interesting characters are the women who respond to that fetish and act as ‘mothers’ or ‘nurses’. Again, I personally can’t see why they’d want to engage with that fetish, but clearly some do -- and there are a few pro domes who specialise in it.”