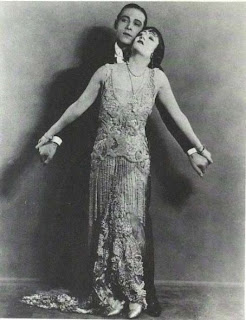 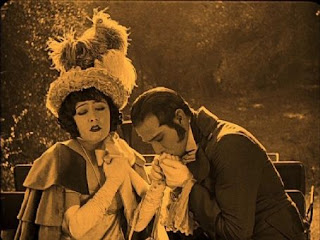 The image of Rudolph Valentino on the Silver Screen, is powerful, compelling. He is the Romantic hero drawn from literature, by Emily and Charlotte Brontë and Jane Austen ; his image resonates with Heathcliff’s ruthless raw passion, Darcy’s refined elegance and Rochester’s dark determination to have his way -- their image draws us with their direct, uncompromising gaze. So does Rudolph Valentino. Valentino looks at the viewer from the screen; he demands that we look at him -- and we do! 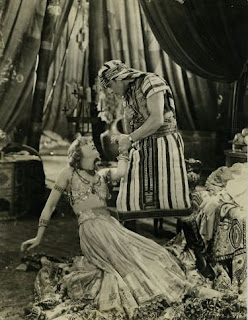 Valentino gives mixed messages about women and sexuality. In the fantasy of the Silver Screen, “no” can, and does mean “yes”. He rapes by seduction, the woman is helpless in his arms; she cannot resist, him; his charisma, his allure. 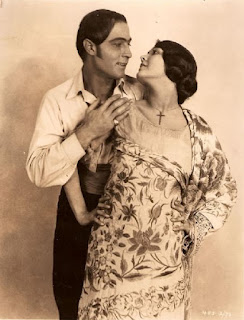 And yet the image of Valentino on the screen, is slightly effeminate, a little bit camp; indeed much was said at the time, and still now, of his sexuality. But I think that the fact that he was attractive to women, says a lot about female desire; whether Valentino was gay or not, is not the issue here. 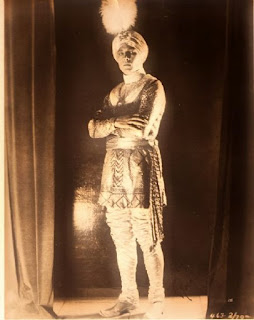 Perhaps his sex appeal, his allure, is in the way he makes love -- the romance and seduction, and ever so slightly brutal. He is in control of his woman, he knows which buttons to press. He is decisive, and takes what he wants; his lover trembles in his arms. 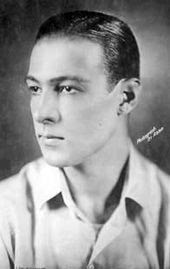 Valentino’s image is enduring, it lingers, long after the film is over.


In "The Sheik,” Lady Diana Mayo (Agnes Ayres) is admired for her independence, high spirit and modern ideas, but when she is kidnapped by an Arab sheik, Ahmed Ben Hassan (Rudolph Valentino), she finds herself falling under the spell of his exotic masculinity.

"The Sheik," was crucial to Valentino's career as the greatest male sex symbol of the time--but the film created a huge backlash among American men, who boycotted it and railed against the "effeminacy" of his screen image.


Valentino’s sudden death at age 31, from a ruptured ulcer, caused world wide hysteria among his female fans; there were suicides and riots, propelling him into icon status. Though his films are not so well known today, his name is still widely known.
WIKI


Over the years, a "woman in black" carrying a red rose has come to mourn at Valentino's grave, usually on the anniversary of his death.


Here is Rudolph Valentino, in “The Four Horsemen of the Apocalypse.” 1921