THE PRISON OF THE ANGELS by Janine Ashbless 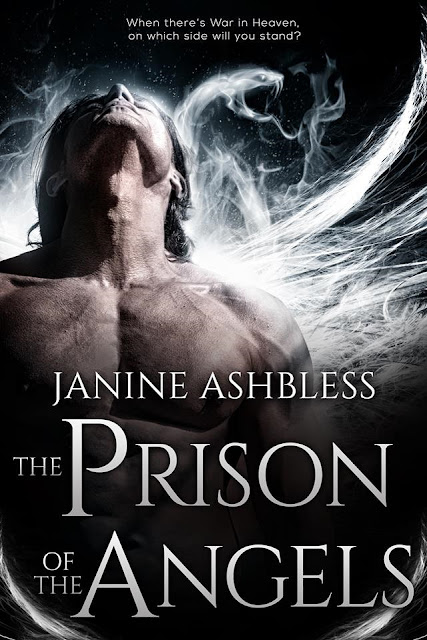 I Didn’t Know She’d Be So Kinky!
Janine Ashbless

You know that thing where characters get away from you while you’re writing, and do something you aren’t expecting?

That happened for me with Milja, the heroine of my Book of the Watchers trilogy. When I started the first book, Cover Him with Darkness, I thought she was going to be sort of vanilla. A bit sheltered due to an isolated childhood, a bit geeky, longing for passionate love but not in any knowing way.

Then she freed a fallen angel who became her demon lover, and because Azazel is necessarily a strong, even overwhelming personality, I figured Milja would have to be fairly happy to let him take the lead in bed. “She’s a bit submissive,” I told myself.
But Azazel isn’t just dominant, he’s wicked and seriously lacking in social boundaries. He likes to show her off, getting her naked and having sex in public. “That makes sense,” I reassured myself. “She’s always been the invisible girl: now she gets off on everyone watching her and her gorgeous bloke.”

But by the second volume of the series, In Bonds of the Earth, Milja’s deep in a not-really-platonic affair of frustration with a man, Egan Kansky, too. Is she so drawn to him because he’s the stable, kindly, human partner she can’t find in Azazel? Is she hell — her relationship with Egan has turned out to be even kinkier than her passion for Azazel!  Milja spent a childhood with an angel chained in the cellar, and it’s affected her deepest fantasies. She likes her strong, dominant masculine guys all tied up and helpless and suffering. Azazel won’t indulge her – he doesn’t have a submissive bone in his body – so she can’t help getting the hots for Egan and his admirable capacity for, ahem, soaking up damage…

By book three, The Prison of the Angels, the three-way relationship has left vanilla far behind. There’s a long and elaborate scene in which all three of them … well, that would be telling! Suffice it to say that Egan has all his boundaries pushed to the max and Milja has her most shameful fantasies exposed and fulfilled.
I wasn’t expecting to write this when I started. I thought I’d just stick to romance, mostly. Oh well ;-) Milja – sub, exhibitionist, shamefaced sadist – has turned out to be a bit of a shock for her poor writer!

Excerpt:
Egan’s got his eyes screwed shut, his head flung back, his throat stretched taut. Azazel looks down critically at his victim and slaps his still-pulsing cock hard enough to swing it.
“Again,” he says. “Harder.”
Somehow, Egan’s flesh stiffens obediently. That’s when I see the deadly little tethers snap and writhe loose from the bed. They stay knotted around his cock and balls like bizarre Christmas streamers, but at least he is free from the iron ring.
“Get further up the bed.”
Egan opens his eyes. He seems to realize slowly that he’s no longer tied down, but when he does he shuffles on his back away from Azazel with pitiful alacrity, as if he somehow thinks he can escape that long reach. He casts me a wild, shamed look.
“That’ll do,” Azazel decides. “You’d like to ride that now, wouldn’t you Milja? His rod and his staff will comfort you…here in the Valley of the Shadow.”
Ride that? Yes, always.
What is he planning?
I climb back onto the bed, nervous. Egan is looking from me to Azazel and back again as if we are conspiring assassins. His lips are swollen.
“And I will fasten him as a peg in a firm place; and he shall be for a glorious throne,” quotes Azazel, wandering around to slap my ass in encouragement. “Get up on your throne, little harlot.”

Her lover, the fallen angel Azazel, has cast her aside in rage and disgust. The other contender for her heart, the Catholic priest Egan Kansky, was surrendered back into the hands of the shadowy Vatican organization, Vidimus, after sustaining life-threatening injuries.

She has killed and she has betrayed. She is alone, homeless, and at the end of her tether - torn apart by guilt and the love she has lost. But neither Heaven nor its terrifying representatives on Earth have finished with Milja. Both of her lovers need her in order to further their very different plans, and both passionately need her, though they may try to deny it.

Milja is once again forced into a series of choices as she uncovers the secrets Heaven has been guarding for centuries. But this time it is not just her heart at stake, or even the fate of a fallen angel.

This time, the choices she make will change everything.

This time it’s the End of the World.

The Prison of the Angels
by Janine Ashbless

The Prison of the Angels, the final novel in the Book of the Watchers trilogy, and the story of a young woman who releases a fallen angel from centuries of imprisonment, is now available from Sinful Press.
“When there’s war in Heaven, on which side will you stand?”
Genres: Hot M/F/M Romance, Thriller, Supernatural
Pages:  388

Prison of the Angels is available at 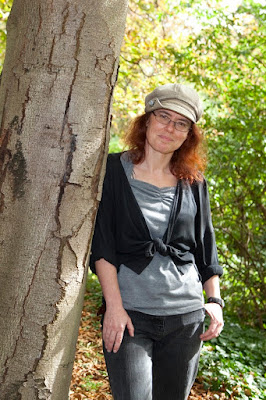