FOR THE GLORY; ERIC KEYS 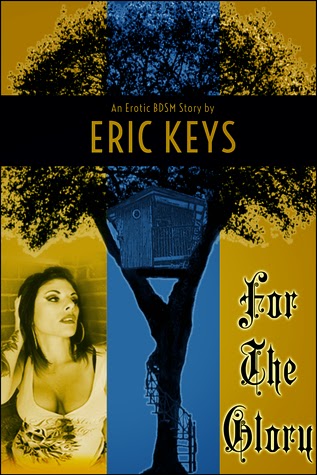 “Ilsa was driven by rage when she met Saul. He was everything she despised, but he saw something more in her. But does he have the determination to break through Ilsa's defenses? And more importantly, does Ilsa have the strength to let him?”

Eric Keys puts words in Ilsa’s mouth; words that will make you cringe – people don’t say such things…do they? Not now; not in the second decade of the 21st century. We don’t have bad thoughts like that anymore; we are enlightened, charitable; we have learnt how to celebrate difference. Well, if the attitude of Soccer fans is anything to go by, they most certainly do – news reports tell us that anti-Semitism is rife within the Soccer fans world. Both here in the U.K. and across Europe – particularly Eastern Europe.


I think that Ilsa’s profanities are doubly shocking, because she is so young – she is also very beautiful. The impact is the same as when we hear a 3 year old say the “F” word.

Why is Eric Keys giving Ilsa such a terrible, terrifying ideology?

So when Ilsa is seduced into being a submissive to the Jewish, Dominant Saul, it comes as a surprise for the reader – she begins by insulting him – I’m not going to tell you how it ends – all I will say is that if you don’t believe that you can be aroused by the written word – think again.
But it’s the anti-Semitism that intrigues me. Why has Eric Keys put it there? What’s the point?

A friend of mine, Anthony, went to Austria on a skiing holiday earlier this year. He took a taxi from the airport to his resort. He has spent time in Germany and wanted to practice his language skills, so he talked to the taxi driver in German. Taxi drivers love to talk – and this one certainly did. How everyone hates the Jews, how the Jews lost the First World War for Germany, how there is a banking conspiracy for Jews to take over the world. Fat Jews, Jews with big noses – every stereotype you can think of.

And that’s why, I think, Erik Keys has put anti-Semitism into his book – he knows that it is still there; lurking like a cancer – over the centuries, over the millennia – stepping stones of hatred that almost made Hitler’s “Final Solution” a reality.

Genocide – the total extermination of the Jews – it almost happened in the ovens of Auschwitz and Belsen. Could it happen again? What do you think?

Here are some extracts from email exchanges with Eric Keys…

(billierosie) I get hatred but I don't get racism...particularly anti-Semitism; how a whole race of people can be so hated, that they should be wiped off the face of the earth..

(Eric Keys) It is hard to get your head around racism or anti-Semitism. For years it was all a mystery to me. Then I saw a documentary about the Nazis - I think it was called Architecture of Doom - and it all started to gel. Up till then Nazism was scary but alien. But after seeing this film I saw it as even scarier because it started to make sense to me. The Nazi propaganda machine worked by getting people to think they were involved in this giant drama. At the time they thought of it in terms of opera, but we might see it more as a gigantic cycle of novels - Song of Fire and Ice or the Hunger Games or something. Or maybe movies - Star Wars? Anyway, it was only then that I saw the appeal and it scared me a million times more than it did before.

But it also fascinated me. So, I read lots of articles about white supremacy, etc. Scary, scary stuff...

I tried to exorcise it through Ilsa.

(billierosie; talking about my review) ) I hope it's okay that I concentrated on Ilsa's anti-semitism..I know it's inextricably linked to the bdsm..in your book, but it's the hatred of the Jews thing that stood out to me...particularly as you'd told me about your own ethnicity.

(Eric Keys) That's fine that you concentrate on Ilsa's anti-semitism. It's part of what fascinated me about her. I've had this crazy fascination on and off for years. I seriously considered not putting it in there, but she's the heart of the story and her hatred is such a deep part of who she was and where she came from. I sort of expected people would not get over that, but since the reviews have been overwhelmingly positive so I guess people were willing to either stick it out or they haven't been bothered enough to write a review.

Check out also; Mstislav: Vengeance and Glory – also by Eric Keys. At Amazon US and at Amazon UK