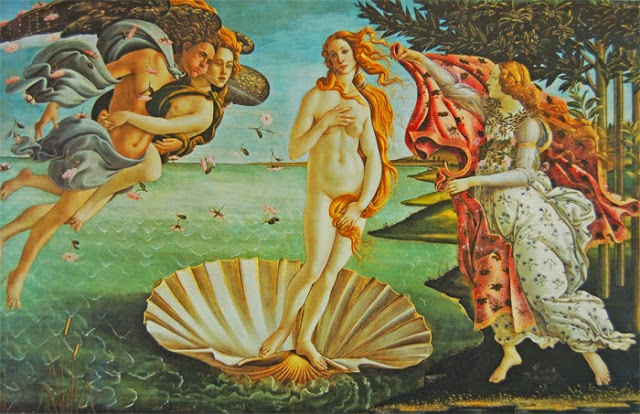 Only after four heavy-breathing phone calls, did young Madeleine realise what was probably going on: someone must have printed her phone number by mistake under the really inviting contact adverts of one daily or periodical or another.

What a difference a type, a six instead of a zero for instance, can make in a world that is constantly being reduced to digits! Somewhere in her neighbourhood, somewhere in the centre of the city, there was a lady in heat with almost the same subscription number as hers waiting in fain for the telephone to ring, while she, the rather cool Madeleine, had to reject four potential lovers already in less than two hours.

It was just a quarter past eleven. The rain was falling dejectedly on the window of her ground floor flat in Brussels, but it was promising to be a warm - and above all unusual - day.

When the futuristic ring of her telephone set went off for the fifth time, Madeleine decided to go into action. If it was another horny male on the line, she would ask in which newspaper her telephone number had appeared by mistake, and about the eloquent and erotic description that accompanied it.
“Madeleine Leroy,” she tried to say in a stringent tone when she picked up the receiver.
“Oh la la,” a man answered cheerfully, “what a resolute, but pleasant voice. I am certain that you look as pleasant.”
“Perhaps,” said Madeleine, somewhat perplexed.
“And,” continued her invisible interlocutor, “could we met tonight or do you prefer to warm me up a little over the telephone? I am alone in my office and could use a ten-minute break.”
“I think you have the wrong number, sir…”
“Sir, sir, … Mark, please.”
“You see,” Madeleine stammered as she tried to explain, “I never placed a contact advert; they must have printed a wrong number and…”
“Oh, you want to play prim and proper type, you do not want to admit that you are a naughty girl?” the man interrupted her incredulously - and with a voice breaking with excitement. Perhaps he was sitting behind his monumental desk with the grey trousers of his stylish suit unzipped, ready to stroke his member at the slightest arousing allusion from her. And Madeleine shuddered at the thought, although she, as if driven by a strange curiosity, could not decide to slam the receiver down as she had done the previous four times. The voice on the other side of the line sounded sweet and pleasant this time, and it could be so heart warming, even for her, to be able to count on the interest of a man. Even if this man's interest was limited to her body. “And, my dear Madeleine,” the man now spoke pronouncing her name, as if they had known each other for years, “what do you look like, because the advert is not very specific.”
“What do I look like?” babbled Madeleine.
“Yes, describe yourself. In as an arousing manner as possible, of course.”
Madeleine took a deep breath and stared in front of her.
“Do you know the 'Birth of Venus?'” she asked carefully.
“The painting by Botticelli? Of course I do,” the man answered.
“Well,” continued Madeleine in a light tone, “it may sound a bit conceited, perhaps, but people have often told me that I am the spitting image of her.”
“Continue, continue,” her interlocutor said impatiently.

And Madeleine now started to describe herself, lyrically, passionately, and with an abandon that she had never felt before in her young life. She talked about her white, perfect skin, the curves of her tender breasts, the soft pinkness of her nipples, the nearly unnoticeable curvature of her belly, the elegance of her slender legs, and the golden colour of her hair, her long hair that came down to her buttocks, a frivolous curly lock of which she timidly keeps in front of her pubic area. And the sound of the unknown man's breath gradually changed to a soft pant, and the panting in a thankful groan, and finally he shouted her name twice over the receiver: “Madeleine, my Venus, Madeleine!” He had climaxed. And hung up.

With the receiver in her hand, Madeleine burst out into bitter tears. She looked up to the poster on the wall in front of her, a poster of “the Birth of Venus,” which she had brought back from her only trip - to Florence. In her dream, she does look like her.

And now it was too much for Madeleine, she cried her lungs nearly out of her flat chest and felt for her crutches with her hands, because she was almost suffocating in her apartment and wanted to go out.

At the cruel sounding rhythm of her crutches on the tiled floor, she left her flat and reached the hall, where she time and again would experience the bitterest moments of her life: there was a mirror on the wall.

And she limped and hobbled near the mirror, but for the first time, in a long, long time, she dared to look at her reflection. She, Madeleine, the little monster of scarcely one metre thirty, with her hump, her crippled legs and her block-shaped orthopaedic shoes, was today, for just a few fleeting moments, crawled into the skin of Venus, the goddess of love and beauty. She, Madeleine, the girl that people looked at only with horror or pity, had managed to make a man climax today. A man had pronounced her name and that of Venus in the same breath as he shed his seed.

Jan loves to hear from his readers -- you can contact him either through comments on this blog post, or by email; jan.vanderlaenen@skynet.be;

Jan Vander Laenen (° 1960) lives in Brussels, Belgium, where he works as an
art historian and translator (Dutch, French and Italian). He is also the
author of numerous collections of short stories, plays, and screenplays
which have attracted keen interest abroad.


A romantic comedy, "Oscar Divo", and a thriller, ³The Card Game², have been
optioned in Hollywood, while his short fiction collections, "The Butler" and
"Poète maudit", and his horror play "A Mother's Revenge" are eliciting the
requisite accolades in Italy.


His most recent publication are the tales ³A Glass of Cognac² in ³Bears: Gay
Erotic Stories² (Cleis Press), ³Epistle of the Sleeping Beauty² in the Bram
Stoker Award winning ³Unspeakable Horror² (Dark Scribe Press), ³Fire at the
Chelsea Hotel² in ³Best Gay Love Stories 2009² (Alyson Press), ³The Stuffed
Turkey² in ³Best Gay Erotica 2010 (Cleis Press),³The Corpse Washer² in Best
S/M III (Logical Lust), ³Lise² in ³Strange Tales of Horror² (NorGus Press),
the E-Books ³Skilfully and Lovingly² (Sizzler Edition) and ³The Centrefold
and other Stories of working Men² (Silver Press), the Dutch and French
version of his novel ³The housekeeper and other scabrous tales² (Œt
Verschil, Antwerp (Belgium) - Textes gais, Paris (France)), and the weird
tale ³The bat² in the anthology ³A Darke Phantastique² (Cycatrix Press).


Jan is a member of the Poe Studies Association and the Horror Writers
Association. He presented his paper "Hypotheses on Poe's homosexuality" at
the Bicentennial Congress in Philadelphia in October 2009. Since then he has
given lectures on Poe, Baudelaire, Wiertz, Andersen, Guy de Maupassant,
Grand Guignol and the guillotine at the universities of Porto (Portugal),
Gent (Belgium), Louisville (Kentucky), Madrid (Spain), and the Paris
Sorbonne.


Jan is currently working on a play/screenplay around the life of the
Romantic Belgian "horror" painter Antoine Wiertz (1806-1865), a novel called
"The Psychomanteum" around the practice of mirror gazing, and a screenplay
around the life of Lucida Mansi.
Posted by billierosie at 06:17