SHOP GIRLS; THE ASPIRATIONS OF WOMEN 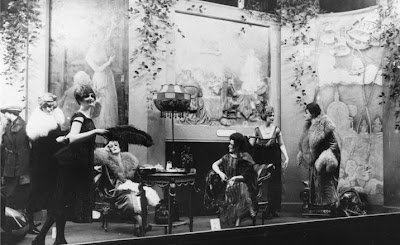 Today, most of the people working in shops are women. But 150 years ago being served by a woman would have been a phenomenon. The story of how women swept onto our shop floors is an extraordinary one. Our shop girl had to negotiate a journey from being almost invisible in the stark Victorian stores to being the beating heart of today’s vibrant shops. There is a drama behind her history; her exploitation by ruthless shop keepers and her enjoyment of selling beautiful objects. She had a defiant fight on her hands against the trashy reputation of class snobbery and her cult status. The shop girls have a voice, as do their bosses and their customers. And ultimately, through the shop girls’ stories, we can see how society changes, when 1,000 young women eventually made it into shop work. 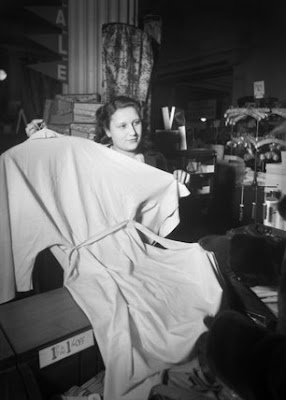 In July, 1861, the Glasgow Daily Herald newspaper ran a bizarre story. The headline ran; “Romantic Freak of a Glasgow Girl of 16”

It was reported that a young man had answered an advertisement for a shop assistant. He was hired and all went well for the first few days – the lad giving “extra satisfaction,” according to the article. But then, the young man’s land lady visited the shop and the shopkeeper was told that his employee was not a boy, but a girl. The article went on to say that at first the shop assistant tried to deny it, but eventually confessed to being a girl of 16. Her boss fired her immediately; he only employed men. We don’t know whom she was or what was really driving her, but remarkably she did it again. Another Ad, another job once again disguised as a boy. The story sums up neatly attitudes to shop work at the time. The fact that she was labelled a romantic freak shows just how puzzling people found her. Why would a girl want to break into such a male domain? This girl was ready to do whatever it took to challenge an old order. Shop work was closed to most women in the mid-19th century. 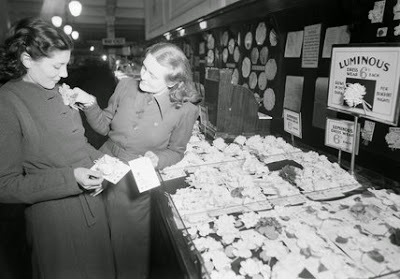 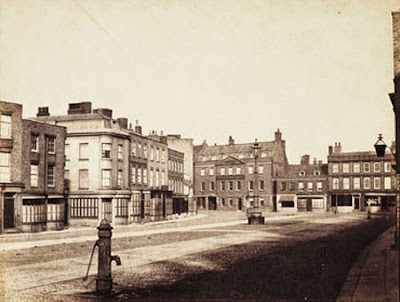 Wisbech in the Fens. In the 18th century it was one of the most thriving market towns in Cambridgeshire. It boasted elegant Victorian and Georgian buildings, rows of shops and prosperous, independent tradesmen. It was also home to a photographer, Samuel Smith who captured street images of the time; an innocent insight into the town’s shop life. Wisbech was a typical provincial
town and all of its shops were owned and staffed by men. Mid-19th century Wisbech reflected the entrenched customs of a country where women weren’t forbidden from working in shops, they were there but were virtually invisible on the shop floor. The old shopocracy was hanging onto its traditions by passing everything; trade, business, employment down the male line. And in the great metropolis, London, the picture was barely any different.

London was buzzing. Its coffers swelled by money from the Empire and its position and status as the world’s most powerful trading nation. In the 1850s London was the biggest city in the world with a population of over two and a half million and its commercial influence spreading across the globe. London boasted a vast array of luxury shops from the Piano Forte maker, to the Corset maker. From the Turtle Soup makers to the Purveyors of Biscuits to the Royal Family. On the outside, the vast variety of goods for sale must have seemed delightfully tempting especially for the new middle classes with money to spend, but inside the shopping experience was quite daunting. An aristocratic lady of the 19th century, was recorded to have remarked that she found shopping “uniquely unpleasant.” The idea that shopping could be made pleasant was still a world away. London was bursting with shops, but women were employed in very few of them. 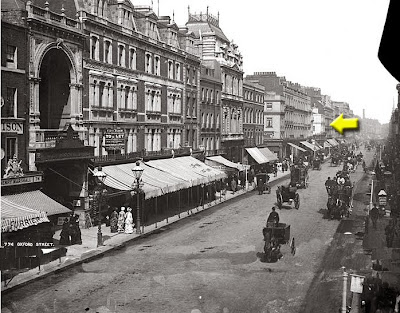 One prestigious shop, sold the most expensive drinks of the mid-19th century day; tea and coffee. This shop goes back to the times when people weren’t expected to go into the shop. Shop windows were thrown open and buying and selling was conducted directly onto the street. This particular shop now sells exclusive wines and they now employ women, but only since the 1980s.

Inside the mid-19th century shop, even in the city, male dominance of the shopping business looked set to continue. But outside, long held traditions were changing rapidly. More and more working men were being drawn into the factories and offices of the big industrial cities. Others went abroad to seek new lives and prosperities in the Empire. Shops no longer had their ready supply of young men and apprentices. They had to compete with the employers of big industry. As for women the problems they faced in gaining work were startling and were revealed when the 1850 census was published. It showed that out of 20 million people there were estimated to be two and a half million unmarried women in Britain who were self-supporting and as well as this, there were over half a million more women than men in the population overall.

Without the support of a kindly husband, as Victorian tradition would have it, the question was, what to do with all of these women?


In the late 1850s, a group of radically minded women met at 19 Langham Place in Upper Regent’s Street, London. They were there to address an urgent problem – how to get the huge surplus of unmarried women into work? They saw shop work as one of the key areas of employment; they formed the Society for the Employment of Women and they set up a school to train women in such areas as mental arithmetic, needed for calculating a customer’s change, or weighing foodstuffs, or measuring fabrics. In addition the women were schooled in hand writing, reading, as well as social skills such as politeness and deportment. In order to serve middle class women in shops a girl had to shed the appearance of her lower middle class or working class roots. She had to reinvent herself in deportment and speech. The aim was to show that women were capable of carrying out shop work as readily as men. The ladies were collectively known as The Ladies of Langham Place and their radical ideas were to change long held ideas that work for a woman was demeaning and unladylike. 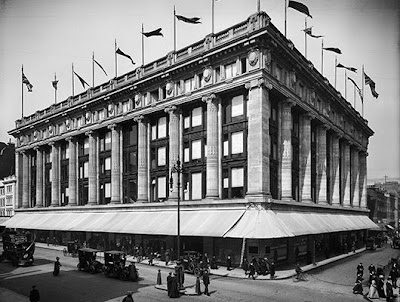 It’s a story of aspiration; by the 1860s women were beginning to find work in shops. The consumer world was expanding and shop girls fitted the bill. Shopping had arrived on a grand scale and a new frontier was opening; the coming of the department store. The old Jenner’s shop on Prince’s Street, Edinburgh burnt down in 1892 and in 1893 the Scottish architect, William Hamilton Beattie was appointed to design the new store which subsequently opened in 1895. It is noted by the statutory listing that, at Charles Jenner's insistence, the building's caryatids were intended 'to show symbolically that women are the support of the house'. The new store included many technical innovations such as electric lighting and hydraulic lifts. In 1909, Harry Gordon Selfridge opened his Selfridge department store on Oxford Street London. Mr Selfridge had a relentless innovative marketing drive and it was expressed in his Oxford Street store. He tried to make shopping fun; an adventure instead of a chore. He put merchandise on display so customers could examine it, put the highly profitable perfume counter front-and-centre on the ground floor, and established policies that made it safe and easy for customers to shop – techniques that have been adopted by modern department stores the world over. Mr Selfridge is popularly held to have coined the phrase "the customer is always right" and Mr Selfridge used it regularly in his extensive marketing.

And the lovely, stylish young women who were employed in the Selfridge department store seduced their customers with richly coloured silks from the Orient; softly sensuous velvets from Arabia and Haute Couture designs from Paris.

The shop girl had arrived.