From The Guardian newspaper. “Poem of the week”, 1st September 2008.
Charlotte Mew's work had already attracted the interest of Ezra Pound when, in 1912, Alida Monro spotted the poem, "The Farmer's Bride", in a copy of The Nation. She was "electrified". She immediately committed the verses to memory.

In the following year, Alida and her husband, the Georgian poet Harold Monro, started up the Poetry Bookshop in Theobalds Road, near the British Museum. Not only a shop and a poets' meeting place, it was also a publishing venture dedicated to the work of younger writers. In 1916, the press brought out the 17 poems that form Charlotte Mew's strikingly original first collection, “The Farmer's Bride.”

Charlotte Mew (1869-1928) also wrote short stories; perhaps it was her prose-writing that led to a notably elastic treatment of the poetic line. Her style is elegant; graceful. She brings musicality to her vivid, naturalistic speech rhythms. Though she never seems to have written free verse, she was unafraid to mix meters and experiment with different line-lengths. It's said that she asked that the poems of “The Farmer's Bride”, should be typeset sideways, so as to accommodate those with unusually long lines.

Mew's poems amount to a slender but remarkable body of work. She brings to Georgian poetry not only a distinctive technique but an unusual, in many ways un-English, sensibility. She read widely in French, and in her younger days frequently visited Paris and Brittany. She was attracted by Catholicism, and there is a sensuous, Southern colour in much of her work.

The intense, hopeless romantic love that she often depicts, reflects her own emotional entombment. Both a sister and a brother had been confined to mental hospitals. Charlotte and her artist sister, Anne, vowed never to marry, because of the fear of hereditary insanity. Most of Mew's romantic attachments were to women, in fact, but she moved in a Bloomsbury less liberated than that of the Woolfs, enclosed in a shabby gentility where lesbian longings were hardly likely to be fulfilled.

The speaker in "The Farmer's Bride" tells his story with powerful immediacy, and no attempt at concealment. His dialect is tactfully indicated. Mew's paternal grandfather had been a farmer on the Isle of Wight, and she made childhood visits there. Perhaps this is where both the tale and dialect originated. 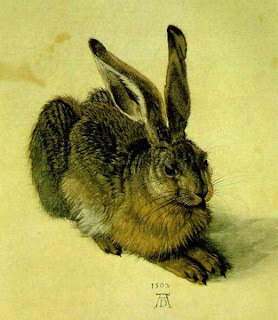 The changing seasons that a farmer would naturally register in terms of work patterns, serve here to sharpen unbearable emotion. Three summers have passed since the ill-omened wedding: autumn is fading to winter, and the sense of wasted life is building. The terrified bride seems to be on the edge of madness. She communicates only with animals and birds: that she is wild and elusive like these creatures is beautifully suggested in the tripping dactylic rhythms (e.g. "shy as a leveret"). The rhyming scheme keeps giving way to couplets, as if to express the increasingly headlong passion of the speaker. He had once had better things to do "than bide and woo". Now desire is his whole, futile occupation. We realise this especially at the end, when he exclaims, first of all, not over the woman's hair or eyes, but over "the soft young down of her". He must have watched her closely, studied while she slept, the texture of her skin. How much longer he will be able to resist raping her is the unasked question. The shadow of that, and the possibility of eventual madness and death for them both, drives and darkens the whole poem: and yet it is still a love poem.

After her great year of writing, 1916, Mew became less and less productive. Unable to recover from Anne's death in 1927, she was admitted to a sanatorium for treatment for "neurasthenia". Perhaps it was the fear that the family madness had caught up with her that drove her to a horrible suicide by swallowing Lysol, a concentrated cleaning product. The newspaper report of her death referred to her as "Miss Charlotte Mary New, a writer of verse". The 20th century has since made up for its neglect, and she is now highly regarded.

Dark, ominous clouds gather. You know that the violation will happen. It is inevitable.

"Three summers since I chose a maid, Too young maybe - but more's to do At harvest-time than bide and woo. When us was wed she turned afraid Of love and me and all things human; Like the shut of a winter's day. Her smile went out, and t'wasn't a woman - More like a little frightened fay. One night, in the Fall, she runned away.


"Out 'mong the sheep, her be," they said, 'Should properly have been abed; But sure enough she wasn't there Lying awake with her wide brown stare. So over seven-acre field and up-along across the down We chased her, flying like a hare Before our lanterns. To Church-Town All in a shiver and a scare We caught her, fetched her home at last And turned the key upon her, fast.


She does the work about the house As well as most, but like a mouse: Happy enough to chat and play With birds and rabbits and such as they, So long as men-folk keep away. "Not near, not near!" her eyes beseech When one of us comes within reach. The women say that beasts at stall Look round like children at her call. I've hardly heard her speak at all.


Shy as a leveret, swift as he, Straight and slight as a young larch tree, Sweet as the first wild violets, she, To her wild self. But what to me?


The short days shorten and the oaks are brown, The blue smoke rises to the low grey sky, One leaf in the still air falls slowly down, A magpie's spotted feathers lie On the black earth spread white with rime. The berries redden up to Christmas-time. What's Christmas-time without there be Some other in the house than we!


She sleeps up in the attic there Alone, poor maid. 'Tis but a stair Betwixt us. Oh! My God! the down, The soft young down of her, the brown, The brown of her - her eyes, her hair, her hair!"


(N.B. Searching the Web, I came across several different ways of how this poem was presented on the page. As Charlotte had specified a sideways typeset, to accommodate the longer lines, I like to think that this layout here is the layout she would have preferred.)