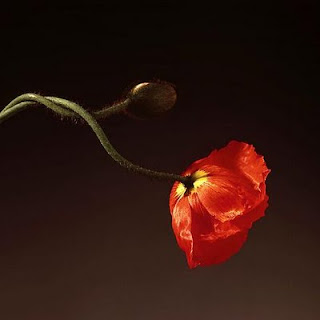 Neve wastes no time in putting me right. This hero is repulsive. She tells me in her opening paragraph about the new neighbour’s pot belly and that he’s lost most of his teeth. The few teeth he has left, are dirty and stained from years of smoking and drinking cup after cup of black coffee. He’s scruffy and not the sort of scruffy that is appealing. Okay, perhaps it is on a guy of 23, but not on a balding unkempt man of late middle age.

The nature of the genre ‘erotica’ is that at some point in the story this guy and the narrator are going to have sex and I, as the reader, am going to be turned on. That is why we read erotica, isn’t it? But I carry on reading, because as I said, I was curious. And this is the best and most surprising bit; I was entertained.

Neve’s narrator tells us his;
“…legs and arms reminded me of an old brown, grasshopper that had lost its vibrant green lustre.”


Tall, dark and handsome he is not. Well, he’s tall, but there the comparison ends. You just know that this guy cares little about personal hygiene and that he probably smells.

His name is Carl, and he is determined to engage his neighbour, Janine, in conversation every time she puts in an appearance in her garden. Janine is Carl’s opposite in every way you can think of. She’s a professional woman, well groomed, physically fit and her teeth gleam!
She doesn’t really want to talk to Carl, but she wants to be nice and so she’s friendly. She can’t possibly be attracted to awful Carl, but you know she is when she’s wondering about the size of his cock.

The sex, when it happens is explosive, all the more so because Janine is so far above Carl socially, well, it doesn’t seem possible.

I loved this story. I love the way Janine puts aside her prejudices, to have sex with a man she feels wildly attracted to. I love Carl too. The skinny man. He may lack social niceties, he may be dirty, he may talk like a character from Deliverance, but he knows how to fuck.

Neve Black writes in a gentle, lyrical way. There’s a tempo and a rhythm that lures you into the story. She writes about sex, yes, but she’s writing about so much more. There’s a beautiful depth here that is quite enchanting. You know those nature films, where they slow the film right down, so you can watch a bud, unfold into a flower? That’s what Neve’s writing makes me think of. Those languid moments, where special things have happened. You’re not sure how or why, but you cherish it just the same.

Skinny Man is currently a free read at Oysters and Chocolate.
Posted by billierosie at 06:14